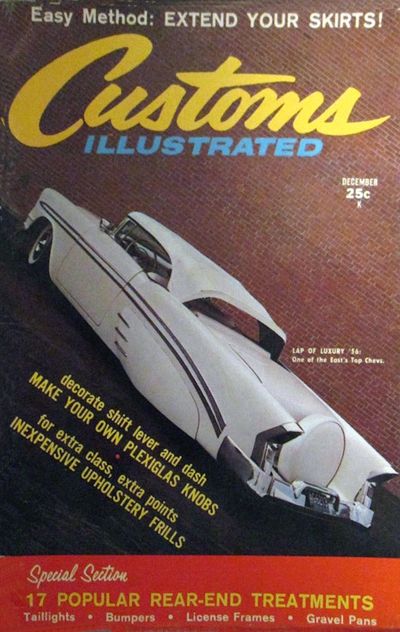 Ron's "Gypsy" was featured on the cover of Customs Illustrated December 1959.

Bob's "Gypsy" as it appeared when it was featured in Rod & Custom March 1960. Photo by Phil Osborne. 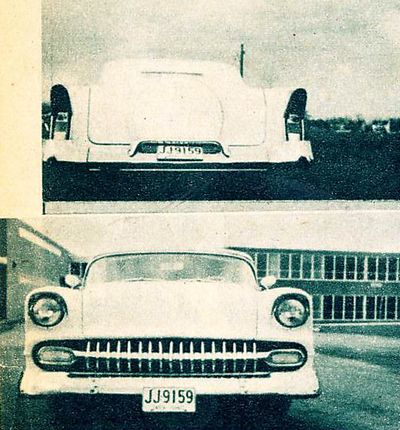 Bob with some of the trophies he had won with the car. Photo by Phil Osborne. 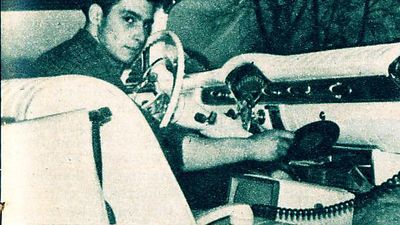 Bet the Hi-Fi was quite popular with the chicks. Photo by Phil Osborne. 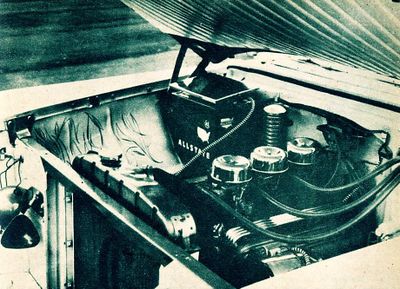 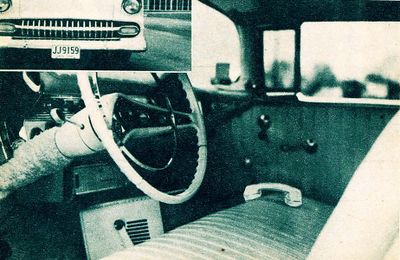 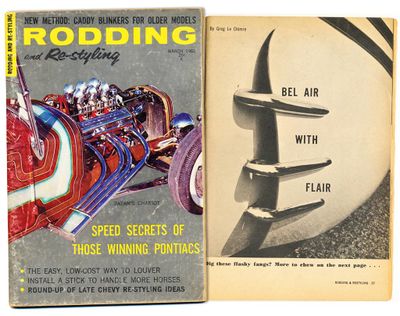 Ron's "Gypsy" was featured in Rodding and Re-styling March 1962. Named "Bel Air With Flair," the story was written by Greg Le Chimre. 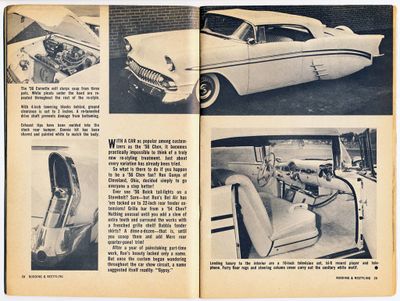 Three pages were dedicated to the "Gypsy" in Rodding and Re-styling March 1962. 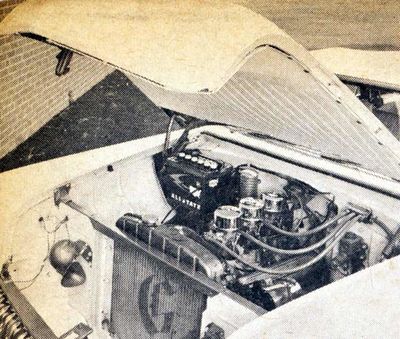 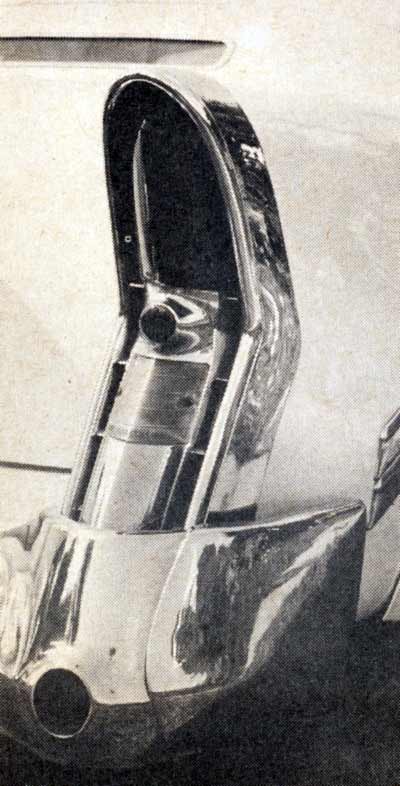 Ron kept the stock rear bumper, but the exhaust tips were molded into it. Photo by Greg Le Chimre. 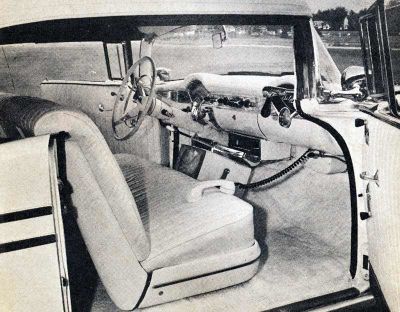 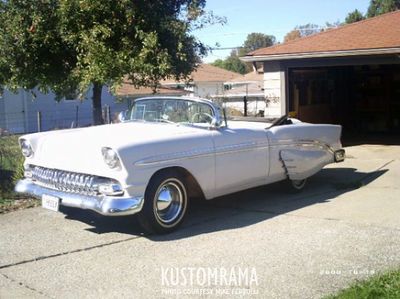 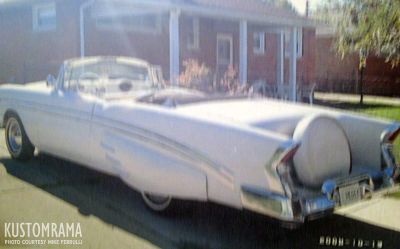 Known as "Gypsy," Ron's Chevrolet was restyled by Bob and Ron Gunya. According to a featured story in Rod & Custom March 1960, it was Bob's 4th custom.[1] It is believed that Ron bought the car off the showroom and immediately started restyling it.[2]

The windshield on the car was chopped 3", and it took three of them to finish the job right. Up front, it was fitted with a 1954 Chevrolet grille that had extra teeth added. The hood had 130 louvers punched into it, cooling down a neatly detailed Buick Nailhead engine. The rear fenders were extended 22" and fit with 1956 Buick taillights. Ron kept the stock rear bumper, but the exhaust tips were molded into it. Bubble skirts added visual length to the extended rear end. The bubble skirts were scooped and dressed up with Mercury quarter panel trim. The right stance was achieved by lowering the car 7". Inside, it featured an Impala steering wheel, furry floor rugs, a 10-inch television set, a Hi-Fi record player, and a phone. It was dressed up with a shaved and painted connie jkit.[1]

Once completed, Ron's "Gypsy" landed the cover of Customs Illustrated December 1959. It was also featured in Rod & Custom April 1960 and by then it had won 8 first prizes with the car.[1] According to a featured story in Rodding and Re-styling March 1962, it took "a year of painstaking part-time work" to complete the build.[3]

In 1962 the "Gypsy" was featured in the March issue of Rodding and Re-Styling magazine. By then the car ran a 1956 Chevrolet Corvette engine that slurped soup from three carburetors. It was also dressed up with pleats under the hood.[3]

The 1962 version of the car ran 4-inch lowering blocks in the rear of the car, cutting the ground clearance to 2 inches. A re-tunneled drive share prevented damage from bottoming.[3]

Sold to Ronald and Shirley Patrick

Please get in touch with us at mail@kustomrama.com if you have additional information or photos to share about Ron Gunya's 1956 Chevrolet.