From Kustomrama
(Redirected from Frank DeRosa)
Jump to: navigation, search 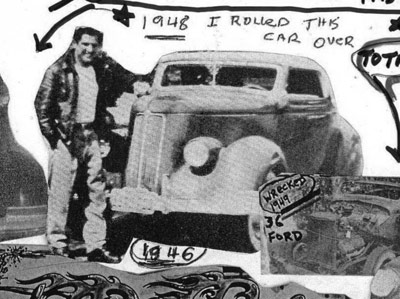 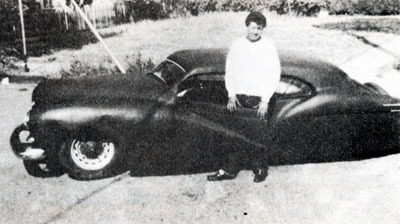 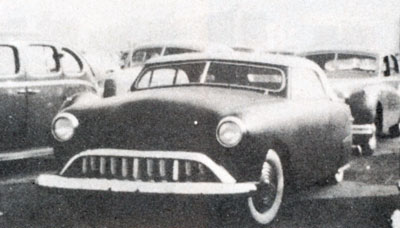 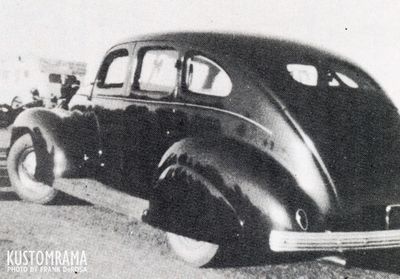 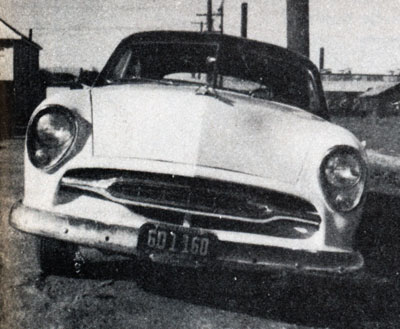 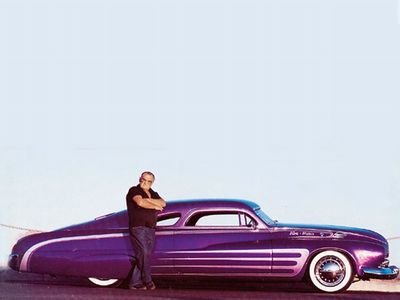 A photo of Frank with his 1951 Mercury. The car is also known as The King of the Mercs. 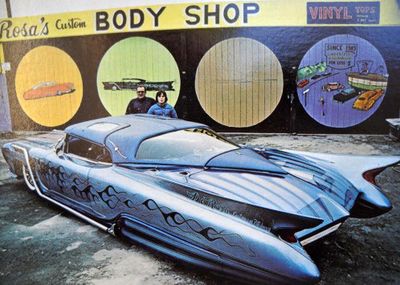 A photo of Frank with his 1960 Cadillac in front of De Rosa Custom Body and Fender The car is also known as The Shark. 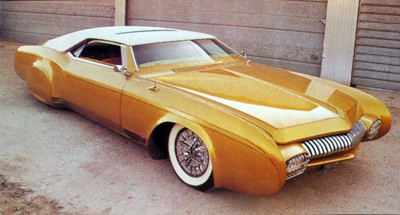 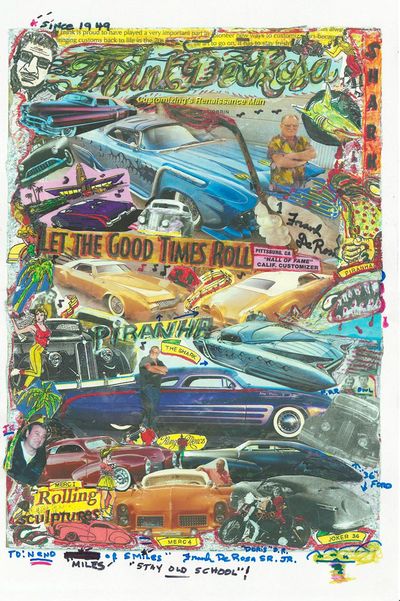 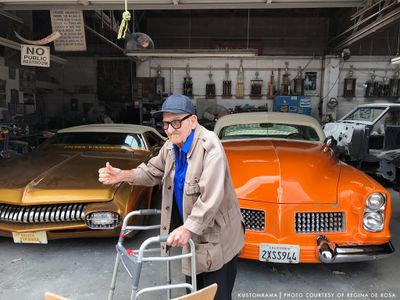 A photo of Frank with the Golden Piranha taken in 2018. Photo courtesy of Regina De Rosa.

Frank was born in his grandmother's home in downtown Pittsburg on June 5th, 1927.[1] As a kid he used to build model car kits and modify things like his 2x4 plank skateboard.[2] He shined shoes for 25 cents, and quit school in the 8th grade to help support his family by working in the fish cannery.[1]

Frank started customizing cars in 1943, while working for Bob Dughi at a local body shop.[3] At the age of 17 he joined the Navy, where he learned welding and fabrication.[2]

In 1949 Frank opened up his own shop, De Rosa Custom Body and Fender, in Pittsburg. At the time he was restyling a 1936 Ford that he had totaled. The car, known as the Joker Car, was 49 inches high, and it consisted of Lincoln, Kaiser, Chevrolet, and Ford parts. Once completed, it was outlawed from the street for being too low.[3]

By the mid 1950s Frank started slowing down, and he began doing regular bodywork and paint. In 1978, after attending the Oakland Roadster Show with his son, Frank decided to build another custom. His first in 25 years. In 1982 Frank was quoted in Technical Low Rider Vol 1 No 1 1982 saying "Cars have always been a part of me and lowriding is the only way to go. We were lowriding back in 1945."[3]

Going a step beyond

Frank was known for having an "I don’t give a $#%& attitude about going a step beyond in a build.." He served as a Grand Marshal at the KKOA car shows and was honored as "Builder of the Year" at the 1991 National Roadster Show in Oakland. According to his daughter Regina, the honor meant the world to Frank.[1]

Frank's last chop was on James Williams' 1940 Lincoln Zephyr.[1] Frank worked at his body shop until he was two weeks shy of 89 years old. After suffering a fall breaking his hip, it was discovered that his heart was functioning at less than 1%. This resulted in Hip and Heart Triple Bypass surgeries that were both done within 10 days of each other. After spending time at hospitals and different rehabilitation centers he passed away on January 15, 2020, 92 years old.[4]

Please get in touch with us at mail@kustomrama.com if you have additional information or photos to share about Frank De Rosa.