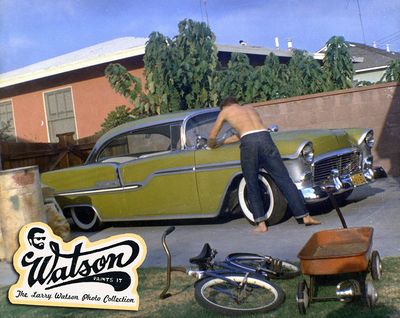 An early version of Al's Chevrolet with a yellow/olive green and silver outline paint job. Photo from the Larry Watson photo collection, provided by Rik Hoving.[1] 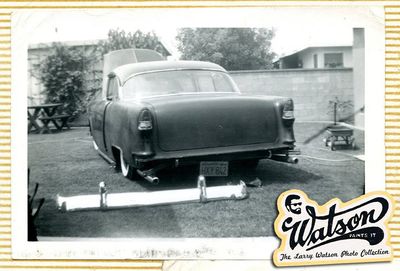 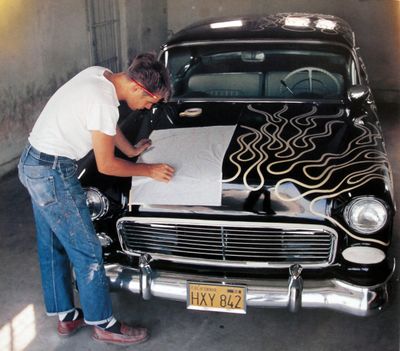 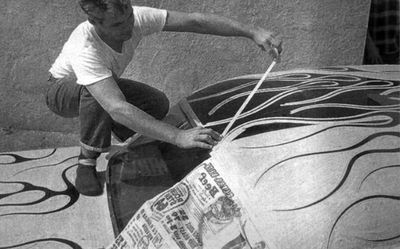 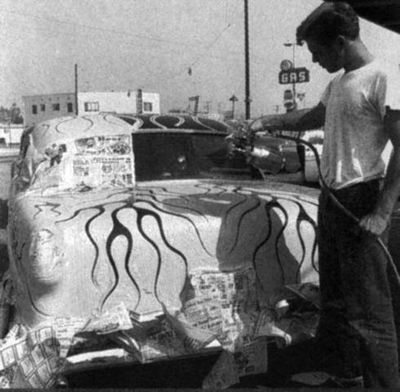 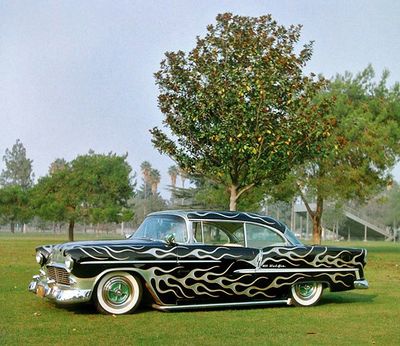 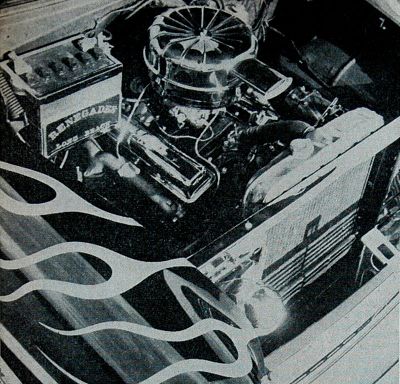 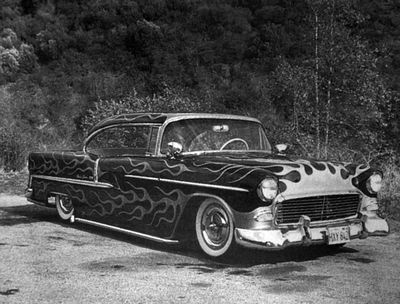 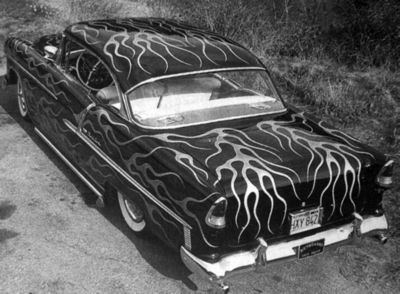 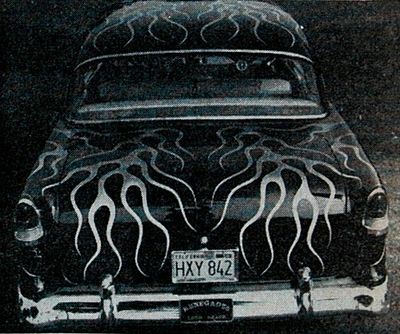 1955 Chevrolet Bel Air owned by Renegades Long Beach member Al Lazarus. Al's car was nosed and decked, the door handles were shaved, and the doors were operated by electric solenoids. The grille was kept stock, but modified by removing the vertical grille bars. Larry Watson of Watson's House of Style gave the car a yellow/olive-green and silver outline paint job.[1]

By 1957 Al and a buddy had painted the car black in Al's backyard. The paint had a couple of flaws in it and since he didn't want to repaint it, he asked Larry Watson if he could cover them up. Larry applied some sliver metallic flames on the car. The flames had black and and green toner in them, silver tips and gold striping. The car was painted around the time that the movie the Creature from the Black Lagoon came out. So when Lazarus cruised the front row of Grisinger's Drive-In in Long Beach that night a guy yelled out : "Look at all the seaweed on that car". Lasaruz car was then known as the "Seaweed Wagon". Even though the Bel Air was Al's daily driver, he had suspension components chrome-plated in order to add some show points. The interior was redone in a white and blue-mist tuck'n'roll. It was dressed up with dual spotlights and Lancer wheel covers. The center of the wheel covers were painted green. Al sold the car in 1963.[2]

Please get in touch with us at mail@kustomrama.com if you have additional information or photos to share about Al Lazarus' 1955 Chevrolet.