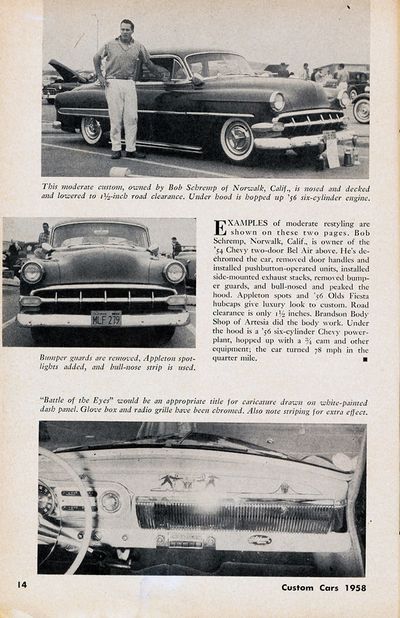 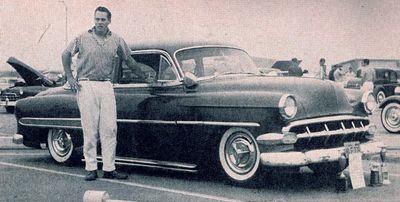 Bob next to his moderate custom at an outdoor parking lot car show. Photo courtesy of Trend Book. 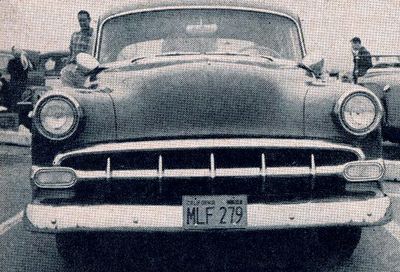 The hood was nosed and peaked. Photo courtesy of Trend Book.

On the dashboard, Larry Watson painted a couple of eyeballs that were sword fighting each other. Photo courtesy of Trend Book. 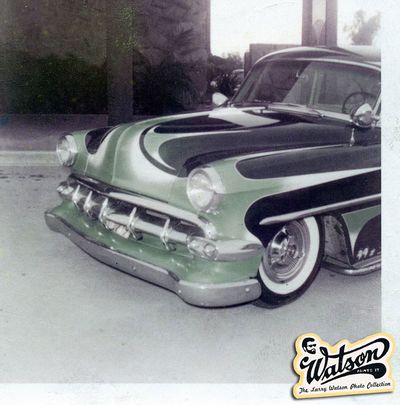 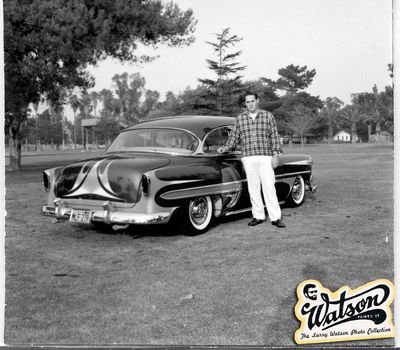 Bob next to his newly painted custom. The scallops were added to hide runs on the hood and trunk. Bob knew pinstriping wouldn't hide the runs, and he didn't like flames, so he asked Larry for an advice. Photo from the Larry Watson Collection, courtesy of Rik Hoving's Customs Car History Blog. 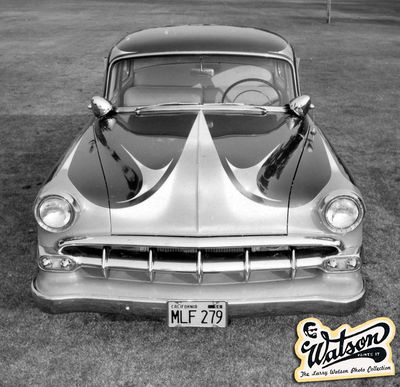 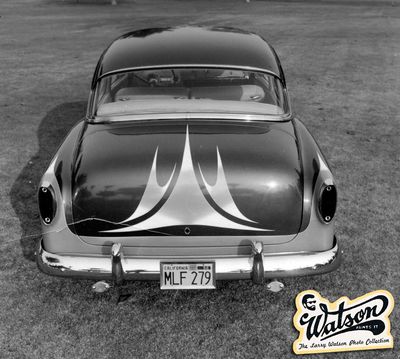 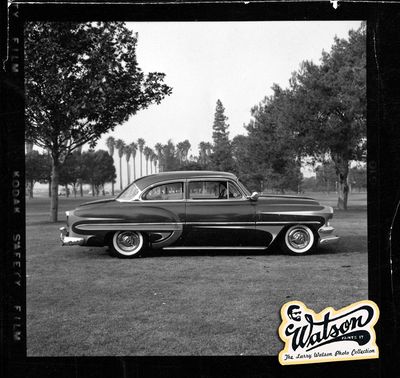 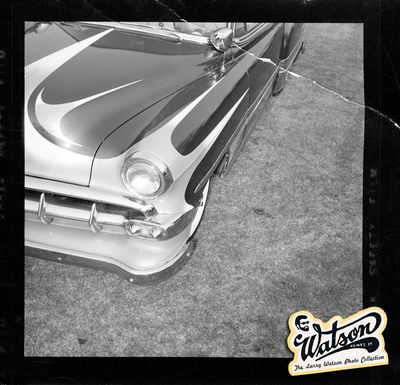 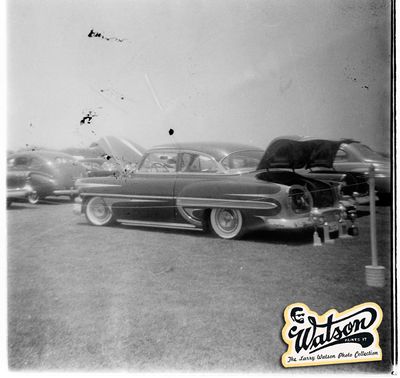 The scalloped version of the Chevrolet at an outdoor car show. Photo from the Larry Watson Collection, courtesy of Rik Hoving's Customs Car History Blog. 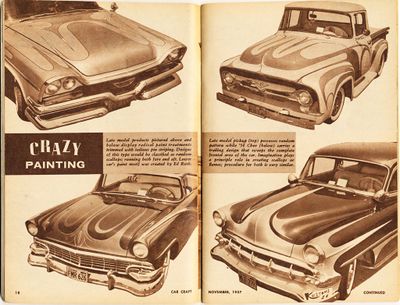 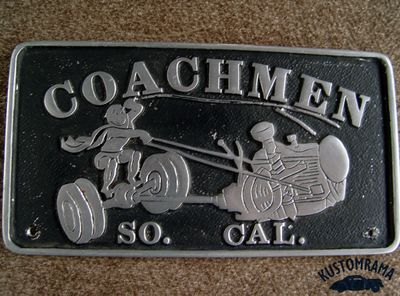 A photo of the plaque that Bob ran on his Chevrolet as it appeared in 2014. The plaque is part of a private collection, and it was bought from Bob's family. Photo courtesy of Kustomrama. 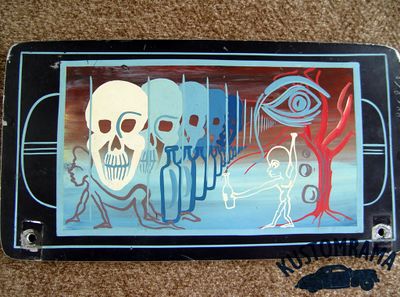 The backside of Bob's car club plaque. The artwork was probably painted by Larry Watson. Photo courtesy of Kustomrama.

1954 Chevrolet Bel-Air restyled by Branson's Custom Shop for Coachmen of So. Cal. member Bob Schremp of Norwalk, California. Bob's Chevrolet was nosed, decked, and shaved for door handles. The door handles were removed in favor of pushbutton-operated units. The hood was peaked and bullnosed to achieve a cleaner look. The bumper guards were removed, and a set of dummy spotlights were installed. 1956 Olds' Fiesta hubcaps were added for a luxury feeling. The car was heavily lowered, with only 1 1/2 " of road clearance. A 1956 Chevrolet straight six nestled under hood, hopped up with a 3/4 cam and other equipment, making the car go 78 mph on the quarter mile. The glove box and radio grill were chromed.[1] On the dashboard, Larry Watson painted a couple of eyeballs that were sword fighting each other.[2] This version of Bob's Chevrolet was featured in Trend Book 156 Custom Cars 1958 Annual.

After painting the car in 1956, Bob pulled up into Larry Watson's driveway with a bunch of runs on the trunk and hood. He knew pinstriping wouldn't hide the runs, and he didn't like flames, so he asked Larry for an advice. Larry told Bob that he would cover the runs with scallops. Larry scalloped the car in teal blue with white tips. The scallops were also pinstriped in imitation gold. Bob's Chevy was Larry's first scallop paint job, and after Bob showed the car off at the Clock Drive-In it seemed like every day after high-school Larry had a scallop job to do. After scalloping the car, Larry told Bob that he wouldn't pinstripe the car unless he would reverse his front-bumper.[2]

Please get in touch with us at mail@kustomrama.com if you have additional information or photos to share about Bob Schremp's 1954 Chevrolet.