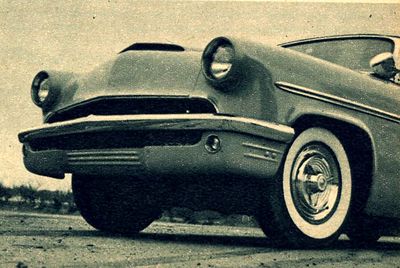 The first version done by Joe Bailon in 1956. 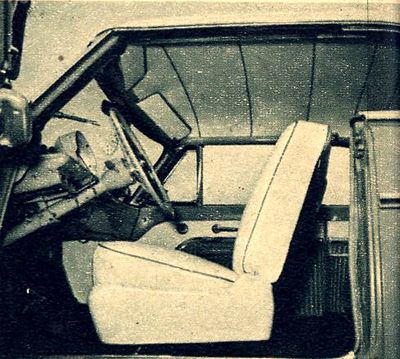 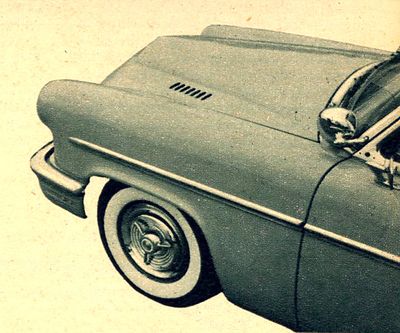 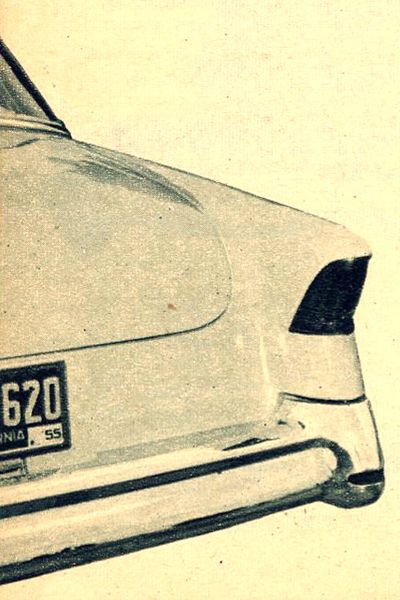 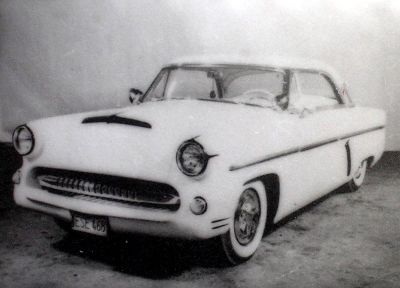 After it was restyled once again by Joe Bailon in 1957. 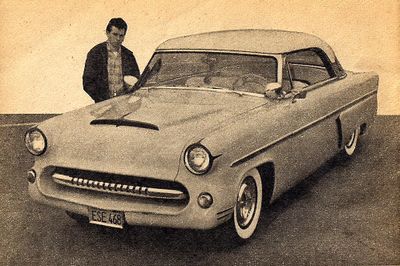 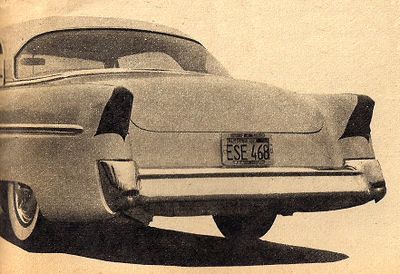 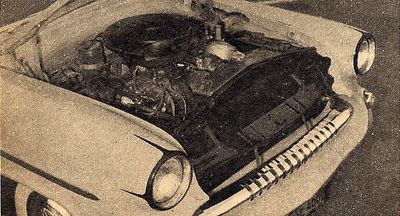 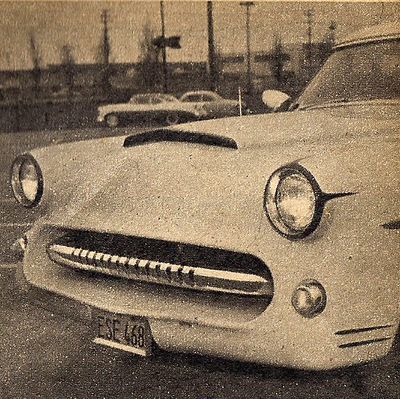 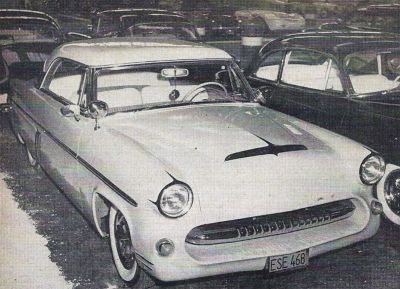 1953 Mercury restyled by Bailon Custom Shop of San Leandro, California for Don Chaves. Sometimes, a few alterations is all that's necessary to emphasize many of the basic body's finer points. Length for instance, became seemingly greater by removing door handles, tunneling the headlights, and lengthening the rear fenders. A few swipes with the torch and paddle in the right places can result as eye-cathing a creation. These tricks were done to Don's Merc. Don first had his car nosed and decked. The headlights were frenched and the handles were shaved. 1955 Lincoln taillights were frenched into the rear fenders. The exhaust were routed through the planned bolt-less bumper. Dual spotlights were added for lower appearance. Seven louvers were punched into each side of the hood, both functional and interesting styling. Steel mesh was installed behind the grille, and the lower facebar was painted to add the car's apparent width. The interior was done in two-tone Naugahyde. Oldsmobile Fiesta hubcaps wrapped up the style.[1]

Just months after it was featured in Rod & Custom January 1957, it was transformed into a semi-custom. The front bumper was removed and the lower grille pan was molded to the upper unit, makin a whole new front. The floating bar was made out of a 1954 Mercury bumper bar. Park lights from a Chevrolet were integrated below the headlights. A Oldsmobile rocket V8 sat between the frame rails, connected to a LaSalle transmission. The car was painted 1957 Lincoln pink with darker shades on the scallops.[2] Don attended the 1957 Grand National Roadster Show.

Please get in touch with us at mail@kustomrama.com if you have additional information or photos to share about Don Chaves' 1953 Mercury.