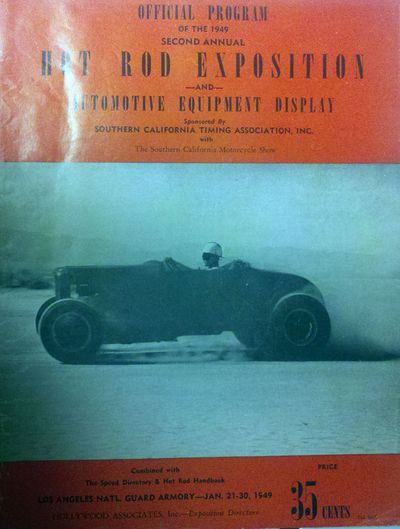 The program for the second annual Hot Rod Exposition. 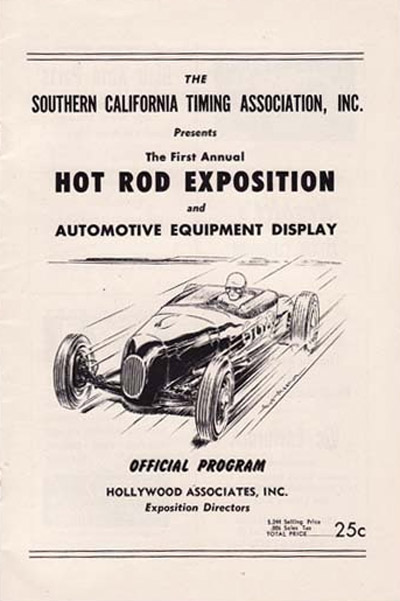 The official program for the first Hot Rod Exposition. 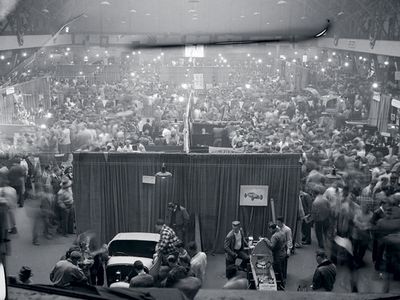 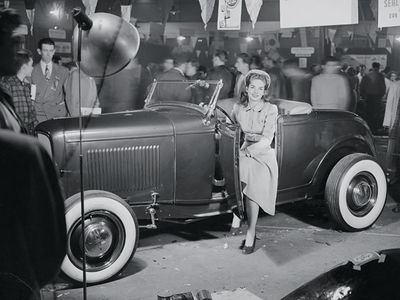 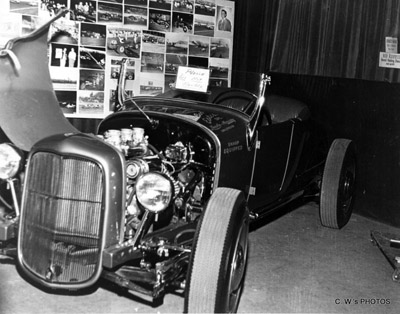 The first annual Hot Rod Exposition was held in 1948 at the National Guard Armory in Los Angeles, California. The show was organized by Wally Parks and the SCTA, and promoted by Robert E. Petersen.[1] The very first Hot Rod Magazine was created as the program for the show, selling ads to whoever wanted to display as a vendor and hawking copies on the steps outside the Armory by its cofounder Robert E. Petersen. The show featured the best designed and engineered cars belonging to members of SCTA. The show was originally called the SCTA Automotive Equipment Display and Hot Rod Exposition. The whole show was the idea of Robert E. Petersen, he wanted to arrange the show in order to raise money to build a dragstrip. The actual dragstrip was never built.[2]

The second annual Hot Rod Exposition was held January 21-30, 1949.[3] The second show was also held at the National Guard Armory in Los Angeles, California. Following the success from the prvious year, and due to the fact that some visitors had to be turned away for safety reasons, the show was extended in to a 9 days event. To better the previous years accomplishment and with a whole 6 days more to fill it was decided to build not one but two 1932 Ford roadsters during the show. Each roadster had its own team of reconstructors. One of the teams were lead by Lou Baney. Lou's team consisted of Lou Baney, Frank Breene and Newell Durling. The other team was led by Bill Burke. Bill's team consisted of Harvey Haller, Rulon McGregor and Bill Burke. The roadsters were once again dis-assembled, repaired, painted and re-assembled as traditional 1932 Ford roadsters. The roadster that the Bill Burke team built was equipped with Kinmont disc brakes, a converted Kurten or Spaulding Lincoln Zephyr distributor, high compression heads and a trick dual manifold. Bill's roadster was painted "Burple", a blue purple cross color mixed by Bill, while the other one received an orange color. The Burple roadster was won by Mrs. F.C. Bailey of Long Beach, California.[4]

The first Hot Rod Exposition was held January 23, 24 and 25 in 1948. Approximately 55 000 people visited the show during the three days it was held, and according to Hot Rod Magazine November 1948 some people had to be turned away for safety reasons. During the three-day event a 1932 Ford was built and given away. The roadster was built by a team of hot rodders led by Lou Baney, an active member of the Gophers Car Club. The team consisted of members of the SCTA Road Runners such as Harvey Haller, Bill Burke, and Rulon McGregor. Everything on the car was built on stage including paint, chrome and upholstery. The car was built using parts from many of the show advertisers. One of the best parts on the car was the Kinmont disc brakes. [2] The car was finished as the show ended, and Nelson Morris was the lucky winner of the first Door Prize roadster.[1]

Please get in touch with us at mail@kustomrama.com if you have additional information or photos to share about Hot Rod Exposition.