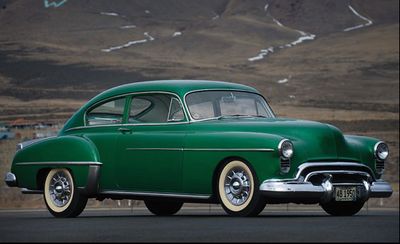 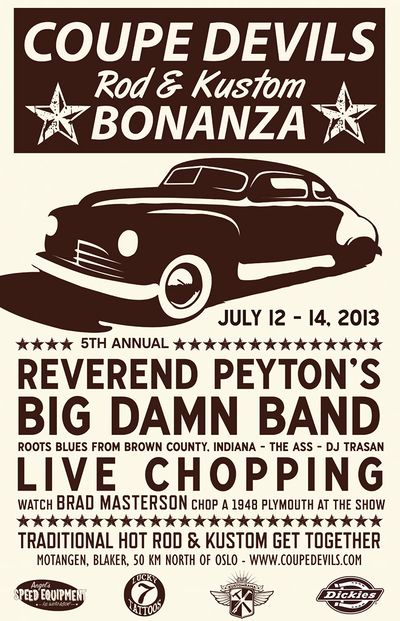 In 1949, Oldsmobile stunned the automotive market with the introduction of its compact, lightweight and powerful “Rocket” overhead valve V8 engine. While Oldsmobile had always provided solid engineering and strong value for the money, its traditional buyer was overwhelmingly the upper-middle class family man, not the performance-seeking youth of postwar America. Now, Oldsmobile provided a perfect canvas for the expression of the customizer’s art.

In 1959, St. Paul, Minnesota resident Jerry Sullivan purchased the 1949 Oldsmobile offered here from Midwest Motors, a used car dealership specializing in clean, older models. Originally a Series 76 Club Sedan with a six-cylinder engine, the car quickly received an Oldsmobile V8 engine backed by a floor-shifted 1937 LaSalle three-speed manual transmission. The exterior was updated with a 1950 Oldsmobile one-piece windshield, while the circa-1949 exterior trim was replaced by 1950 components. The exterior was refinished in 1953 Oldsmobile Glade Green, while a set of 1957 Cadillac hubcaps with chrome “bullet”-style centers added pizzazz. A distinctive green and white custom tuck ’n roll interior was installed by Bennie Stohr of Bilt-Rite Auto Upholstery, the trim shop of choice in the St. Paul area. Completing the interior, Sullivan installed a Moon gas pedal in 1959, which remains in place today.

Upon completion, Mr. Sullivan exhibited the Oldsmobile at car shows in the Upper Midwest, where he frequently won Best in Class awards for his mild custom, in addition to several trophies for best paint. He also recalls winning an award for best upholstery at a show in Milwaukee, an award of which he was quite proud.

Don Bohenkamp of Blaine, Minnesota, remembers seeing the Oldsmobile at various car shows, and over the years it remained one of his favorites. During the late 1970s, he successfully located and purchased the Oldsmobile, repainting the car to the color he remembered so well and installing a 324 cubic inch Oldsmobile V8 engine. The floor-shifted 1937 LaSalle transmission was retained as was the Bennie Stohr interior, stock brakes and rear end. The steering box was replaced with a late-model GM Saginaw unit. In 1988, the Oldsmobile returned to show duty, winning Car of the Year honors from the Minnesota Street Rod Association, in addition to being featured in Hot Rod and Rod & Custom.

Please get in touch with us at mail@kustomrama.com if you have additional information or photos to share about Jerry Sullivan's 1949 Oldsmobile.