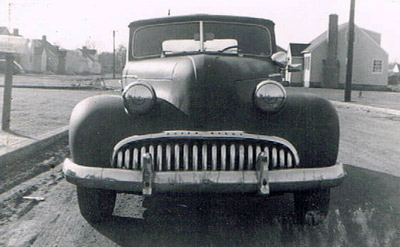 John Bozio's 1939 Buick Century convertible. The Buick was John's first car, and he bought it from his cousin in 1951. It was already mildly customized when he got it, but it didn't take long before John restyled it further. 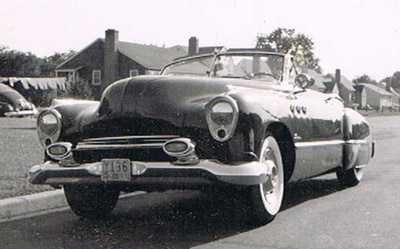 John Bozio's 1949 Buick Super Convertible. The Buick was John's second car, and he bought it in 1953, after his first car, the 1939 Buick started having engine problems. 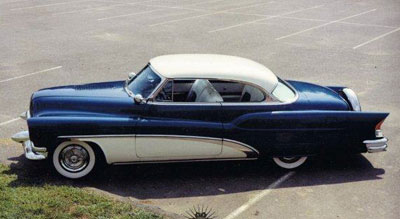 John Bozio's 1953 Buick Roadmaster. The Roadmaster was John's third car. He bought it in 1955, started to restyle it in 1956, and completed the first version of it in 1957. John's Roadmaster gained national recognition when it was featured in the first issue of Custom Illustrated in 1958. It was sold to Bengt Sjöberg of Tibro, Sweden in 1979. Bengt restored the car and took it to car shows all over Sweden. Bengt still owned the car in 2014. 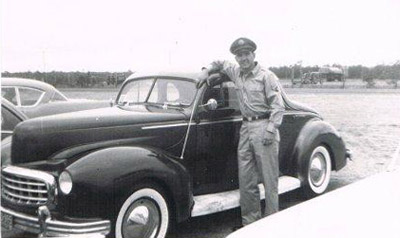 John Bozio's 1940 Ford Coupe. John bought the coupe as a work in progress in 1959. He completed the build and used the Ford as his daily driver while he was working on the second version of the 1953 Buick. 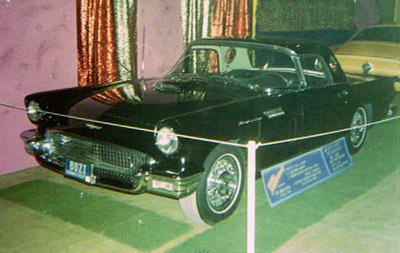 Maryann Bozio's 1957 Ford Thunderbird. John bought the car Thunderbird for Maryann in 1961 for Valentines Day. It was used as an everyday driver. The salt was hard on it during the winters, and in 1968 John had to restore the car.

John Bozio of East Hartford, Connecticut. John was born in Hartford, Connecticut in 1936. Connecticut has a long tradition when it comes to building hot rods and custom cars, and John Bozio is no exception. In 1948 John and his family moved to East Hartford, and John learned the skills of auto repair and body work by hanging out at Cooney's Garage from the age of 12. Cooney's Garage was a traditional Body & Fender Shop driven by a gentleman named Don Cooney. At age 14 John entered trade school to become a machinist. One year later, in 1951, he bought his first car, a 1939 Buick Century convertible. He bought it from his cousin, and he had to pay 300 dollars for the 12 years old car. At the time John earned his money by working on tobacco farms in his summer vacation, and by delivering the morning newspapers. The farm work paid .50 an hour, and the papers paid .05 per copy. The Buick was John's first custom attempt, and it was restyled, featuring a late model Buick grille, a set of 1948 - 1952 Cadillac sombreros, a single spotlight, fenderskirts, a 1951 Mercury dashboard, leopard upholstery a dual carb manifold from a 1941 Buick and more. Two years later, at age 17, John bought his second car, a 1949 Buick Convertible. Being a customizer at heart, John restyled his second Buick as well.[1]

John bought his third car, a 1953 Buick Roadmaster, in 1955. The Buick was restyled between 1956 and 1957, and it gained national recognition when it was featured in the first issue of Custom Illustrated in 1958. John retired in 1997, and moved from Connecticut to South Carolina to get away from the cold, snow and ice.[1]

Please get in touch with us at mail@kustomrama.com if you have additional information or photos to share about John Bozio.