As it appeared in Car Craft December 1955. Photo by Marg Lawrence. 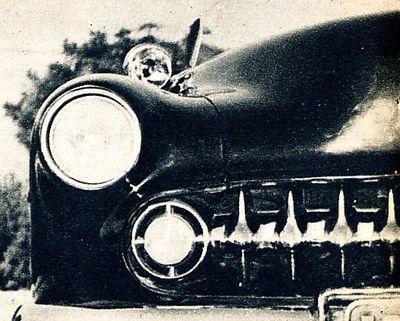 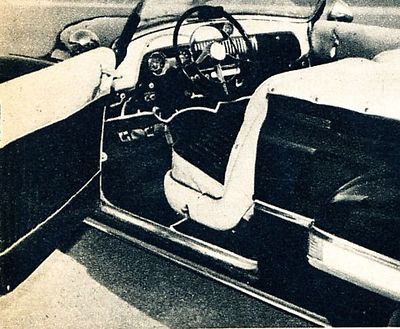 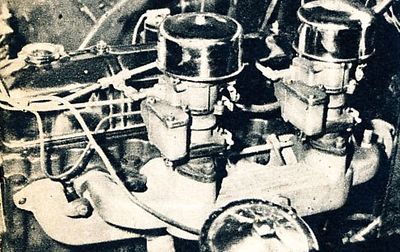 1951 Chevrolet Roadster owned and restyled by Mal Ryals of Santa Barbara, California. Mal worked as a tow truck driver, and one day the insurance company called him to haul a car away that had been in a garage fire. The 51' Business Coupe was owned by an elderly couple in Santa Barbara. One night, their garage caught fire and burned to the ground with the car inside it. Mall pulled up to the mass of charred metal buried beneath the fire-blackened timbers and got out to hitch the car away. He transported the remains to his body shop. While the car was dangling from the tow truck winch, plans started to form in Mal's head. A couple of days later, the insurance company came and wrote it off as a total loss. Mal asked how much the company would take for the car since it was a total loss. The price they settled with was $116. Soon, Mal's staff of paint and body experts wondered what the hell he'd done, but when he explained for them that he wanted to build a full custom out of it, they became as enthusiastic as their boss.[1]

All the boys at the shop contributed with their own ideas, and after three months of hard labor, they had put together and built a one of a kind six-passanger roadster! They began with cutting the top of. Next they restyled the front, by frenching the headlights with 1952 Ford rings, removed the hood trim, peaked the hood and made a new grille cavity that featured a custom grille made by 1953 Chevrolet components. The stock windshield posts were chopped, and glass from a 1951 Oldsmobile 88 was installed. The side trim was from a 1953 Chevrolet, installed on a set of 1951 Oldsmobile rear fenders. The Olds fenders and taillights extended the rear 6 inches, matching the continental kit's position. The deck lid and doors were electrically operated. The bolts on the bumpers were welded and removed before they were sent to the chrome shop. It had 1949 Chevrolet license guard both front and rear. The exhaust was routed through the rear bumper. Dual spotlights were installed as well. The car was lowered 4 inches all around in order to get the right stance. When all the bodywork was done, it was painted in a velvety black trimmed with Canary Yellow. The upholstery was rolled and pleated yellow Naugahyde trimmed in black. Black custom carpeting piped in yellow covered the floor, and a full tonneau cover was made to cover the rear seats. The engine was equipped with an Edelbrock dual intake manifold, Mallory ignition and dual exhaust system.[1]

Please get in touch with us at mail@kustomrama.com if you have additional information or photos to share about Mal Ryals' 1951 Chevrolet.