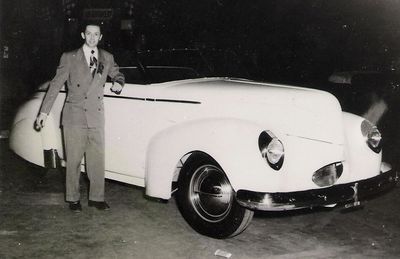 An early photo of Max with his Merc. Photo courtesy of www.hotrodrevival.com, from Rik Hoving Custom Car Photo Archive. 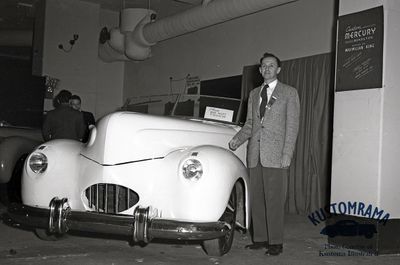 A photo of Max next to the Merc at an indoor car show in New Jersey in 1953. Notice the 1953 Studebaker hubcaps, and chromed bars in the grille-opening. Photo courtesy of Kustoms Illustrated. 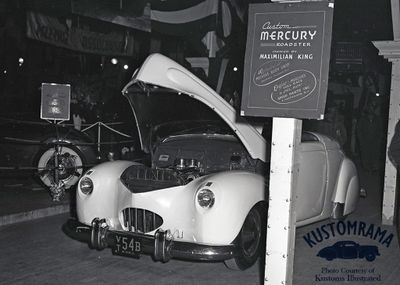 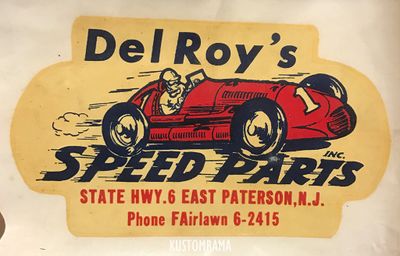 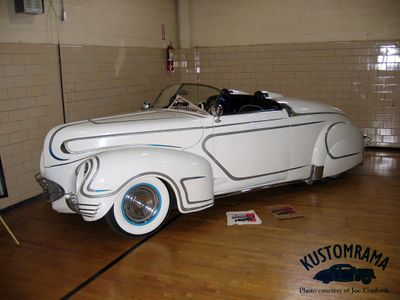 The Merc as it sat after Mark bought it. Photo courtesy of Joe Conforth. 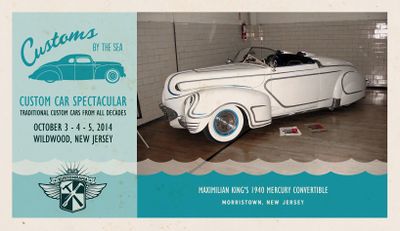 October 3-5, 2014 the Max King Merc was as part of the historic custom car exhibition at the first Customs by the Sea car show in Wildwood, New Jersey. 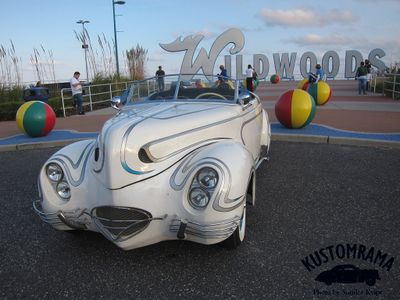 The Max King Merc at the fist Customs by the Sea car show. Mark's merc was one of the historic customs displayed at the show. Photo by Sondre Kvipt - Kustomrama. 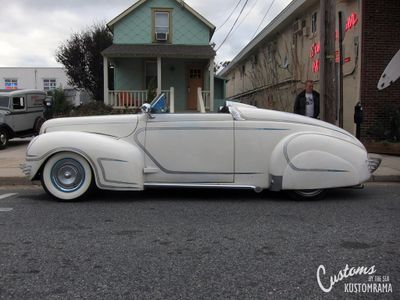 A photo of the Mercury taken in Wildwood during the 2014 Customs by the Sea car show. Photo by Sondre Kvipt - Kustomrama.

1940 Mercury convertible originally owned by Maximilian King of Morristown, New Jersey. In 1946, Max had Meekers Body Shop, of Morris Plains, New Jersey, restyle the car. At Meekers the original grill was filled in before the car received a distinctive custom made oval grill opening. The door handles and running boards were removed, and the fenders were extended where the running boards used to be. The fenders were molded to the body, and chrome panels were installed on the leading edge of the rear fenders. The side trim was shortened, and the stock windshield was replaced by a sportier windshield from a 1936 Cord. A steel lift off tonneau cover was made for the car before it was lowered by Z'ing the rear of the frame and installing a dropped front axle. Del Roy's Speed Parts of East Patterson, New Jersey built a full race Mercury engine for the Merc.[1]

Photo taken at an indoor car show in New Jersey in 1953 shows the Merc without side trim, running 1953 Studebaker hubcaps and white headlight rims. This version was also dressed up featuring 5 chromed vertical bars in the grill opening. Around 1955 the Merc was bought by Ray Henyon of Washington, New Jersey. Ray replaced the flathead engine with a more powerful Thunderbird engine.[1]

In 1959 the car was brought to Korky's Kustom Shop for further restyling. Korky restyled the front end by frenching in canted quad headlights, and by installing nerf bars. Canted 1958 Chevrolet taillights were tunneled into the rear of the car. The rear of the car was also protected by custom made nerf bars. Once the bodywork was done, Korky gave the car a scallop paint job. Inside, he installed a Stewart Warner Hollywood dash panel, a Lincoln steering wheel and cut down Crown Victoria seats.[1]

Mark Conforth of Sussex, New Jersey bought the old custom from Ray in 1983. When he bought it, the car had been sitting in a garage since 1961. It was in a very good condition, but needed a little work before it could be put back onto the show circuit again. The engine was rebuilt, and the brakes were re-done, before the car was re-wired. In October of 2014 the Max King Merc was part of the historic custom car exhibit at Kustomrama's first Customs by the Sea car show in Wildwood, New Jersey. The car was still owned by Mark Conforth.[1]

Please get in touch with us at mail@kustomrama.com if you have additional information or photos to share about Maximilian King's 1940 Mercury.