From Kustomrama
(Redirected from Miss Lavendel)
Jump to: navigation, search 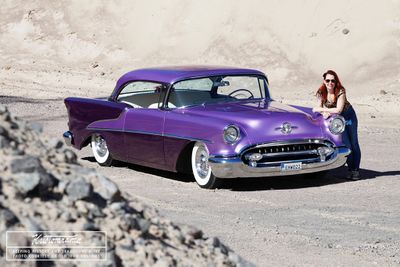 1955 Oldsmobile Super 88 custom restyled by Old Iron Kustoms for Cecilia Gustafsson of Habo, Sweden. Known as "Miss Lavendel," the build was started in 2015 and completed in 2016. Photo courtesy of Old Iron Kustoms. 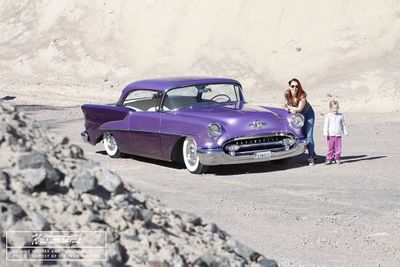 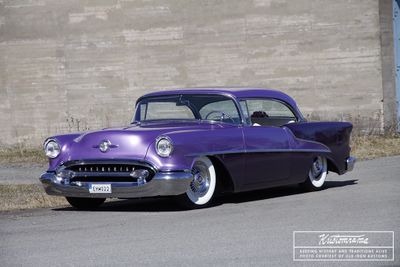 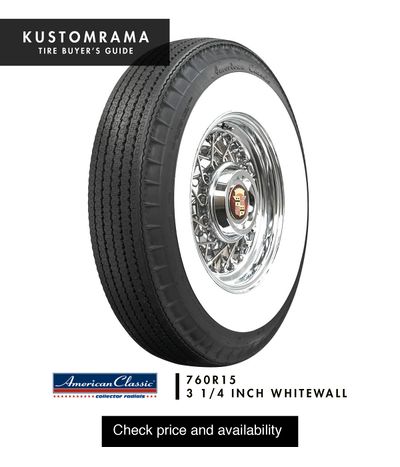 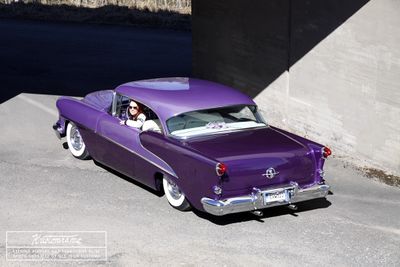 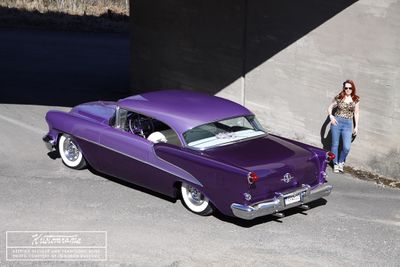 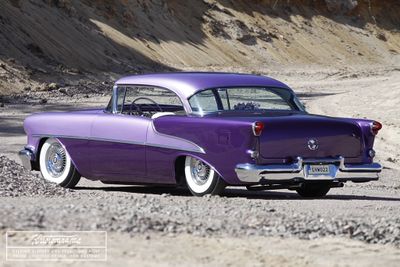 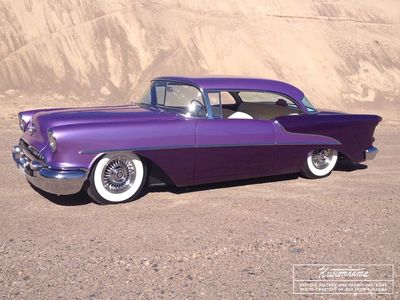 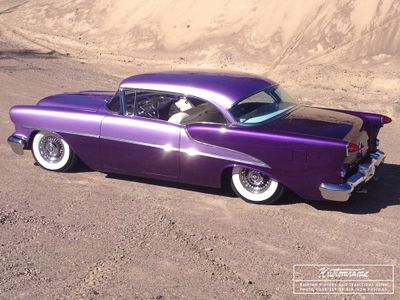 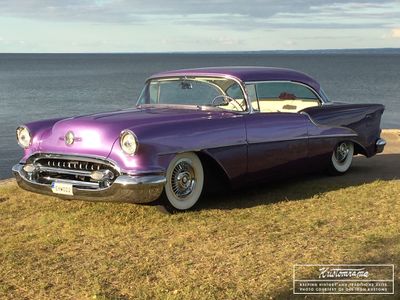 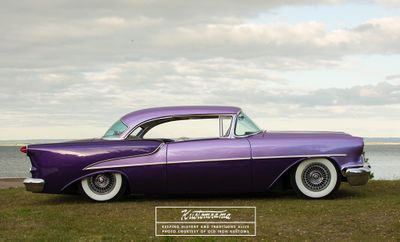 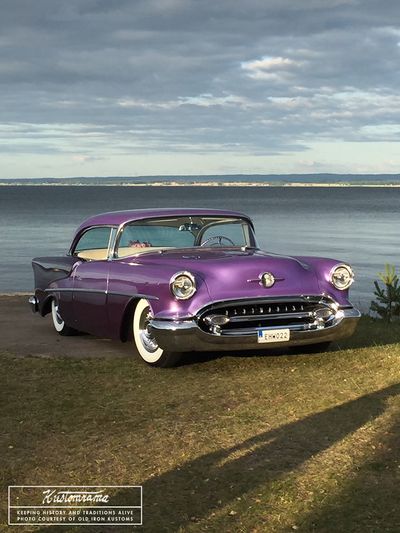 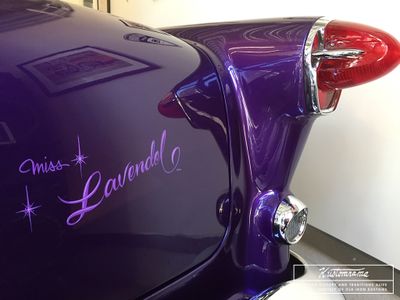 The name on the decklid was painted by [[[Pekka Wizzzard Mannermaa]] of Finland. Photo courtesy of Old Iron Kustoms. 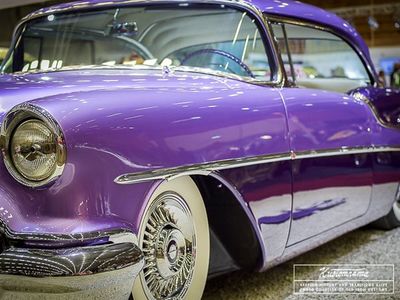 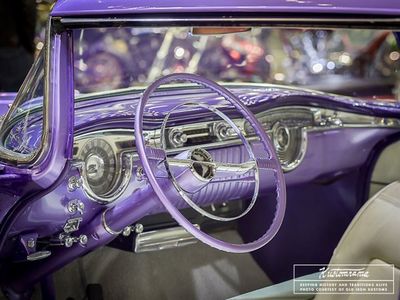 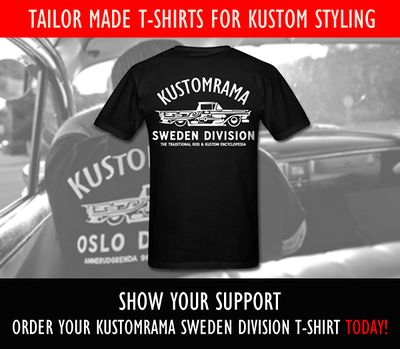 1955 Oldsmobile Super 88 custom owned by Cecilia Gustafsson of Habo, Sweden. Known as "Miss Lavendel," the build was started in 2015 and completed in 2016.

Restyled by Old Iron Kustoms, the body was shaved for trim, emblems, and door handles. The upper portion of the rear quarter panels was extended 3 inches and modified with parts from a 1954 Oldsmobile 98. 1955 Oldsmobile 98 taillights were installed in the modified fenders. Up front, the blinkers were moved from the fender to the grille. It featured custom made glass. The grille bar was moved back 2 inches, and the contours in the hood were extended 8 inches.[1]

Air bags were installed on all four corners when Cecilia bought the car, making it easy for her to adjust the ride height. The rest of the chassis was kept stock during the rebuild. Power came from a 324 Rocket V-8 and a Hydramatic transmission.[1]

Once the bodywork was completed, the car was covered in a two-tone Purple Pearl and Lavender Pearl paint job. "The car got its name with the Swedish spelling to show that it was made in Sweden," Christian of Old Iron Kustoms told Sondre Kvipt of Kustomrama in 2020, adding that many believe they have spelled it wrong. Inside it was dressed up with a white interior. 1955 Cadillac Eldorado Kelsey Hayes Sabre wheels and American Classic 760R15 3 1/4 Inch Whitewall Tires wrapped up the build.[1]

Please get in touch with us at mail@kustomrama.com if you have additional information or photos to share about Cecilia Gustafsson's 1955 Oldsmobile.