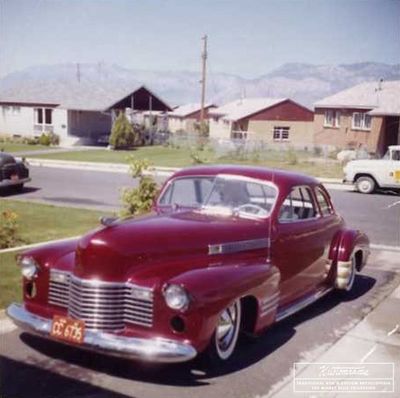 A photo of ray's coupe taken as it was put back together after just being painted Candy Red from its original dark Blue color. Mickey believed the event took place around 1959-1960. "Jack Harris may have been the painter," he told Kustomrama, adding that Jack painted a lot of the Stags cars back then. Photo from The Mickey Ellis Photo Collection. 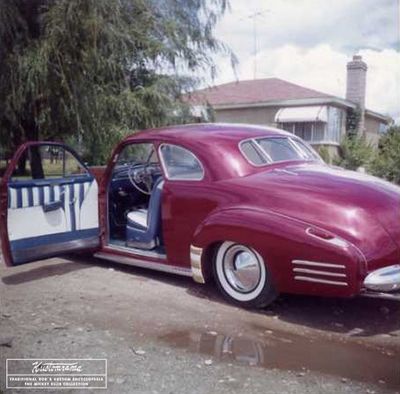 This photo shows the custom interior Ray ran in his Candy Red beauty. Photo from The Mickey Ellis Photo Collection.

1941 Cadillac Coupe owned by Stags of Ogden car club member Ray McMullin. According to good friend and fellow Stags member Mickey Ellis, Ray lived in the Ogden area "though not necessarily in Ogden itself, but we were all in Ogden just about every night." Around 1959-1960 Ray had the car painted Candy Red. It was originally dark blue when he got it. "Jack Harris may have been the painter," Mickey told Sondre Kvipt of Kustomrama in 2020, adding that Jack painted a lot of the Stags cars back then. In addition to the smashing paint job, the car was lowered, nosed, decked, and shaved for door handles. The taillights had also been replaced, and it ran a blue and white custom interior, whitewall tires, and custom hubcaps.

Please get in touch with us at mail@kustomrama.com if you have additional information or photos to share about Ray McMullin's 1941 Cadillac.