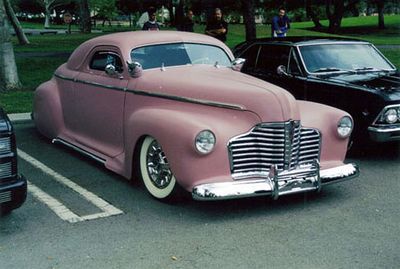 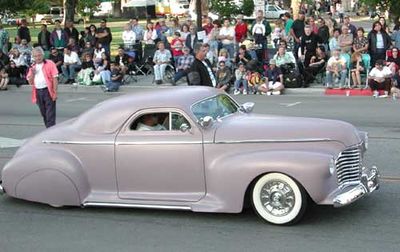 Ron's Buick at the 2001 Cruisin' Nationals. Photo courtesy of Brian Auderer, from The HAMB. 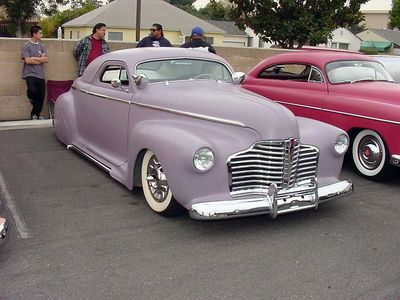 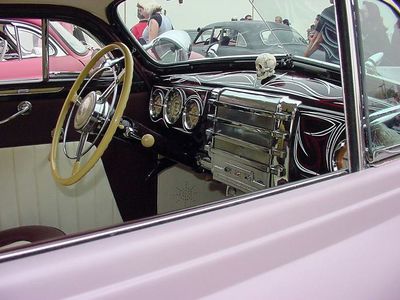 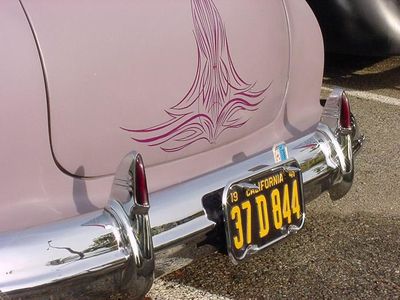 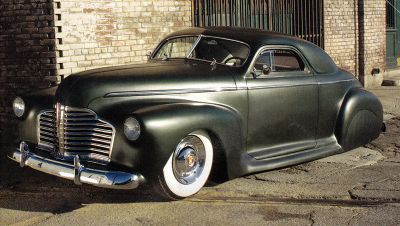 Ron's Buick as it appeared when it was featured in Car Kulture DeLuxe June 2009. Photo by Eric Mordoh. 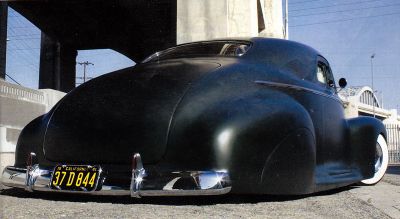 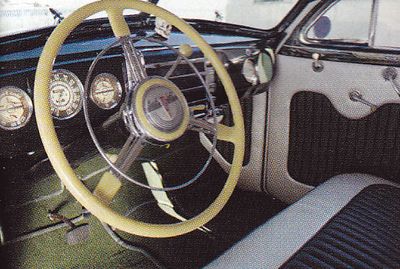 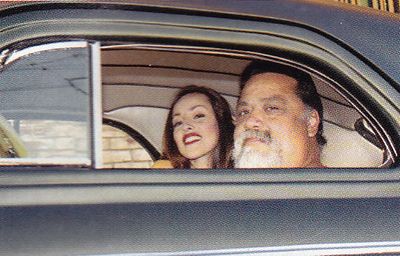 Ron with the Buick. Photo by Eric Mordoh. 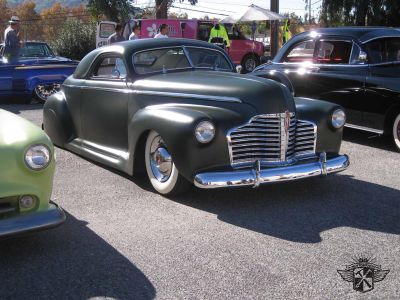 1941 Buick A-Series Coupe restyled by Drag-N-Shop for Zombies caar club member Ron Gomez of Los Angeles, California. Ron's first car was a 1958 Chevrolet Impala that featured a Larry Seitz paint job. Ron's Impala was a mild custom, and a cool ride for a 16 years old teenager. Ron's dad was into building cars, and he owned several gas stations in Los Angeles from the late 1950s through the 1980s. The Gomez boys worked with their dad after school and on weekends, and they knew several low riders and hot rodders who would stop by to get fuel or have their cars serviced. Ron collected old magazines, and was very inspired by the work of the Ayala Brothers, Barris Kustoms and Harry Westergard. At young age, Ron was determined about one day owning an early style custom car like he saw in those magazines. in 2002 Ron stumbled across the Buick for sale at the L.A. Roadster Show. It belonged to a member of the Autobutchers of East L.A., and after viewing it from front to back, Ron determined that it was in a good shape, and that the price was right. A deal was struck, and Ron brought the old Buick home. Ron's goal was to make it look like it was melting into the ground. He took the car to Joe Garcia's Drag-N-Shop in Santa Fe where the car went trough several modifications. From front to back, most of the sheet metal was altered. The top was chopped, and four inches were removed from the A-pillars. The header was moved up one inch, and the B-pillar was slanted before the backlight was cut four inches and moved up three inches. The gravel pans were smoothed and rolled, all seams were sealed, and the rain gutters were cut out and redone with a flair. The stock bumpers were shortened and moved closer to the body.[2]

The first version of the car was completed in 2006. At a Mooneyes car show Ron got to talk to custom car and hot rod legend Jack Stewart. Ron asked Jack if his car was the way he used to build them. Jack replied "Yes in some areas and no in others." Jack pointed out what wasn't actually correct, and Ron brought the car back to Joe Garcia so he could improve the car according to Jack's advices. By 2009 the Buick featured a satin paint job by Anthony Diaz.[2]

Please get in touch with us at mail@kustomrama.com if you have additional information or photos to share about Ron Gomez' 1941 Buick.