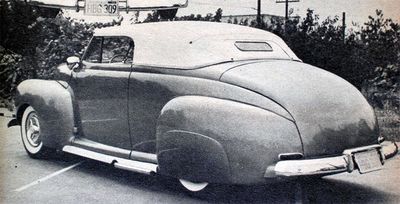 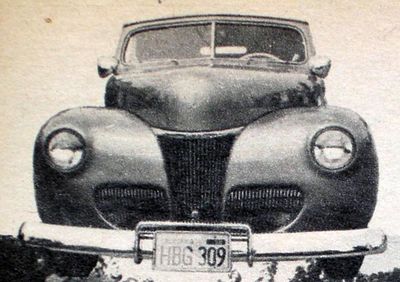 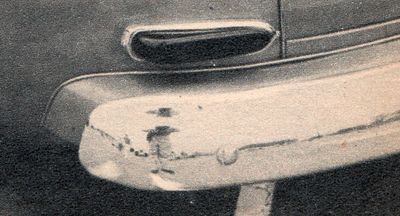 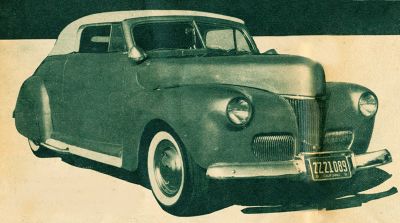 Ronny's Ford as it looked when it was featured in Custom Cars September 1957. This version of the car features wide wheel trim rings and small caps. 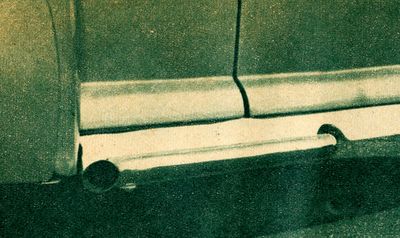 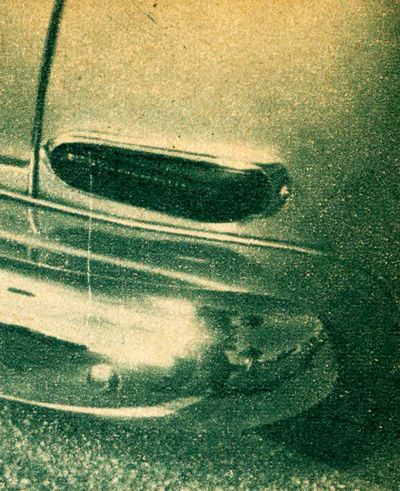 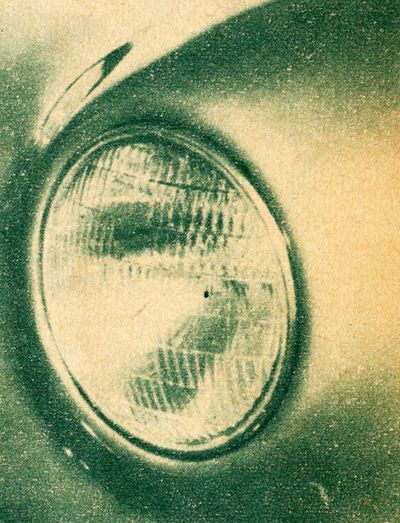 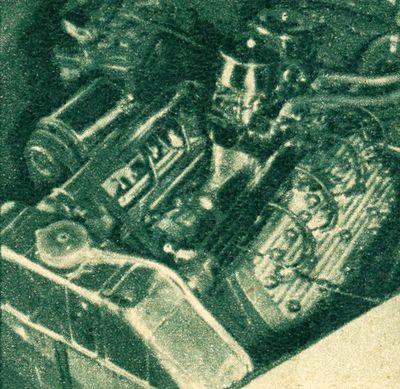 1941 Ford Convertible restyled by Studio Custom Auto Body Shop in Burbank, California for Ronny Green. When Ronny bought the car it had already been chopped,[2] fit with a removable padded top from Carson Top Shop and the chrome had been shaved off. The doors had been converted to push-button operation. A lock for turning off the electrical operated doors was installed in the crank hole of the grille.[3] The car was in poor shape: the top was shot, the interior ripped and the tires were bald. The first thing Ronny did was to replace the interior with white pleated upholstery and blue wool carpet. He then tackled the body and blasted off the old paint. The body was repaired and previous metal work was re-contoured. A set of 1941 Packard taillights were mounted in the rear and the headlights were frenched. The gas filler was relocated inside the trunk and the exhaust pipes were routed through the running boards. All chrome work was redone and 1949 Chevrolet front license plate guards were used on both the fore and aft bumpers which had been smoothed by welding, grinding and filling the mounting bolts. Once the bodywork was completed, the car was painted Bahama blue with white running boards. Under the hood the car featured a 1948 Mercury mill that had been ported and relieved. The motor was also got bigger valves, domed pistons, an Iskendrian camshaft and Sharp headers.[2]

Please get in touch with us at mail@kustomrama.com if you have additional information or photos to share about Ronny Green's 1941 Ford.