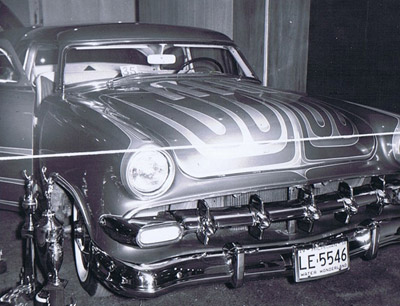 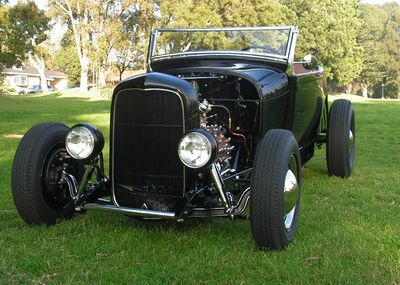 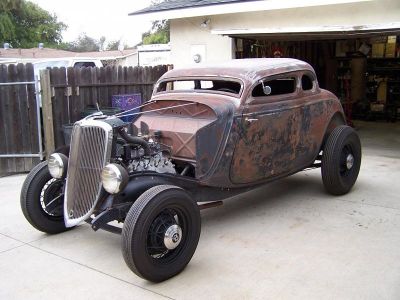 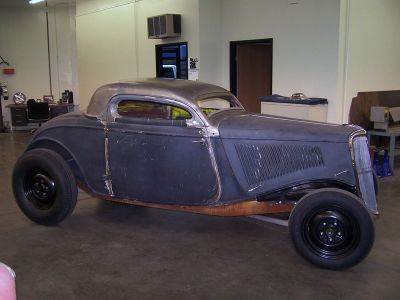 Rudy owned this 1934 Ford Lakes Coupe, but sold it to Billy Gibbons of ZZ Top before the build was completed. 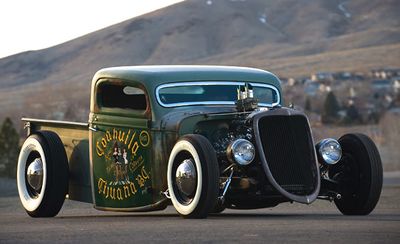 Rudy Rodriguez owns and operates Fullerton Fabrication in Orange County, California where he has specialized himself in building hot rods, chopping tops, fabricating chassis, and restoring traditional hot rods and kustom cars. Before he opened up his shop, Rudy worked as a Volkswagen and Porsche mechanic during the day, and as a hot rod builder at nights. In the early 80's Rudy was a full time Volkswagen and Porsche mechanic and stopped by Dick Dean's shop and asked how much it was to chop his 1951 Mercury. He was scared to take on a large Mercury as his first chop. When Rudy found out it was way out of his price range, he left with his head down. Before he got too far, Dean stopped him and told him to stop by the shop every day after work and ask any questions he wanted and work with Dean. Perhaps he saw something in Rudy, perhaps he was just a nice guy. After a few weeks and careful guidance, Rudy left to do his own car alone. Dick Dean told Rudy that cars are chopped with feelings and eyes not with formulas and templates. When he returned with his freshly chopped 1951 Mercury, Dick smiled and said, "I knew you didnt need me." Even today, Rudy gets quiet by the mention of the late mentor and master's name, and talks about those magical evenings with Dick Dean as some of the best times of his life.[1]

Rudy's late nights activities evolved into a full time operation at home. Lack of space and a growing workload drove Rudy to opening up his own shop.[2]

Please get in touch with us at mail@kustomrama.com if you have additional information or photos to share about Rudy Rodriguez.