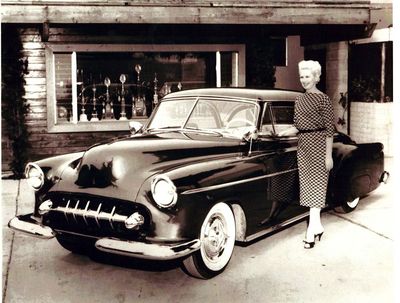 Stan's Chevrolet in front of Bailon's Custom Shop. Joe's wife is posing next to the car. Photo from the Ron Brooks collection. 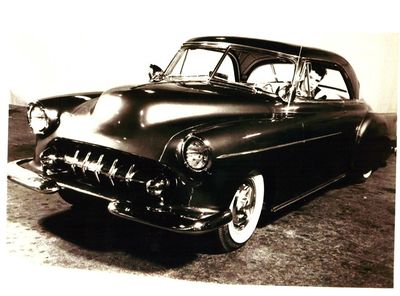 Photo by Dick Bay. From the Ron Brooks collection. 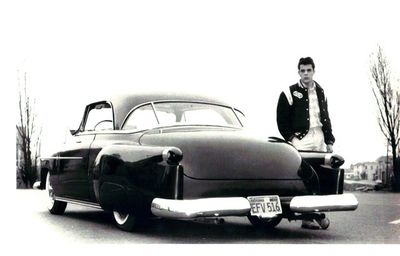 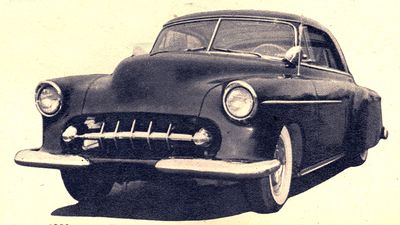 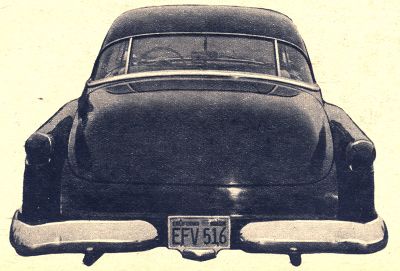 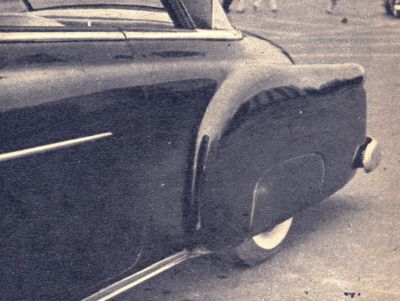 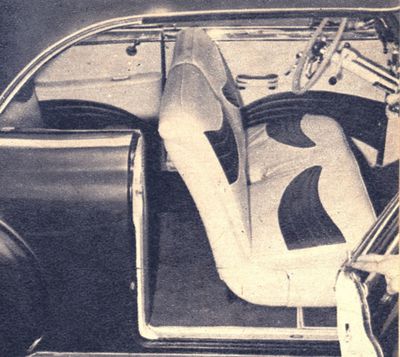 1950 Chevrolet hardtop restyled by Bailon Custom Shop for Satan's Angels member Stan Medeiros. Stan bought the Chevrolet right after being discharged from service. After buying the car he handed it over to Joe Bailon who spent 6 months turning it into a trophy winner.

Bailon fit the car with 1955 Oldsmobile headlight rims. The stock front bumper was replaced by 1955 Pontiac bumpers. Joe created a new grille opening on the car that he fit with a straight grille bar from a 1954 Chevrolet. Bumper bullets from a 1953 Mercury were adapted to the ends of the grille bar. The rear fenders were extended 14 inches and capped off with 1956 Oldsmobile blinkers. Scoops were also made in the front of the rear fenders. 1955 Pontiac bumpers were also used in the rear of the car. Special splash pans were made to fit both front and rear bumpers. The body was shaved from all trim, except for the stock strip forward. The car was nosed, decked, and shaved for door handles. Doors were operated electrically.

The car was lowered 4 inches in front and rear, and the rear fender skirts were extended to lower the body lines. The car was also fit with dual spotlights. The car was painted Velvet Red, and fit with a red and white interior. San Leandro Upholstery did the interior upholstery job.

Please get in touch with us at mail@kustomrama.com if you have additional information or photos to share about Stan Medeiros' 1950 Chevrolet.