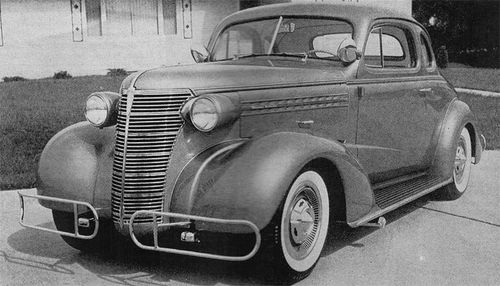 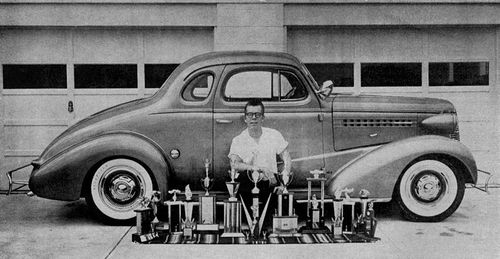 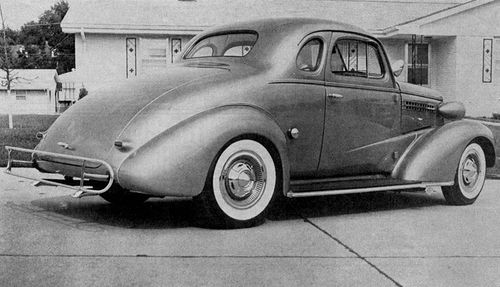 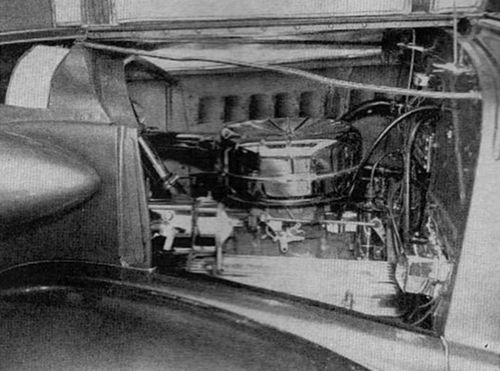 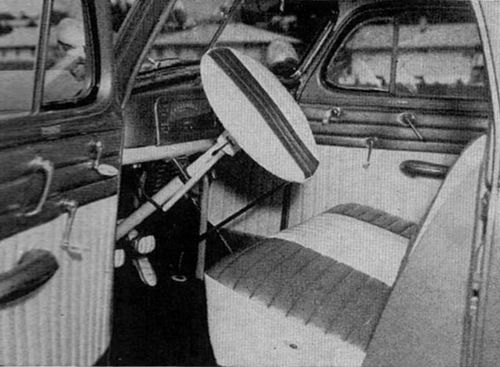 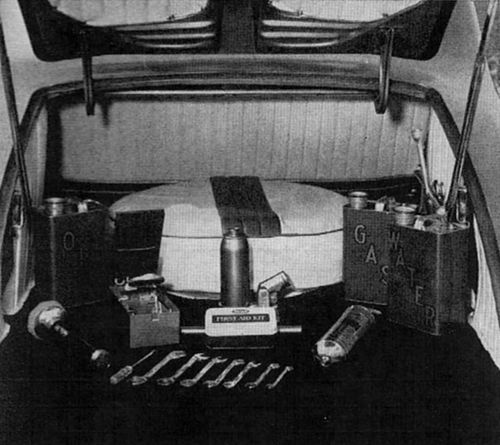 1938 Chevrolet Coupe restyled by Terry Parkening of Elkhorn, Nebraska. The car was lowered by installing a 2 1/2 inch dropped axle up front, and 2" lowering blocks and dearched springs in the rear. Custom made chromed nerf bars were installed up front and rear. In the rear the stock taillights were replaced by 1940 Packard taillights. The deck handle originated from a LaSalle, and the hubcaps were borrowed from a Chevrolet pickup. The car rolled on 6.70x15" and 7.60x15" white wall tires. The spotlights were dummy types just for show.

Once the bodywork was completed the car was painted in a Limefire Green lacquer. Short lake pipes exited behind the front wheels. The car was powered by a 1955 Chevrolet Corvette V-8 engine equipped with a four barrel carb and solid lifters.

Inside the car was upholstered in white and gold Naugahyde set off by black carpets.

Please get in touch with us at mail@kustomrama.com if you have additional information or photos to share about Terry Parkening's 1938 Chevrolet.