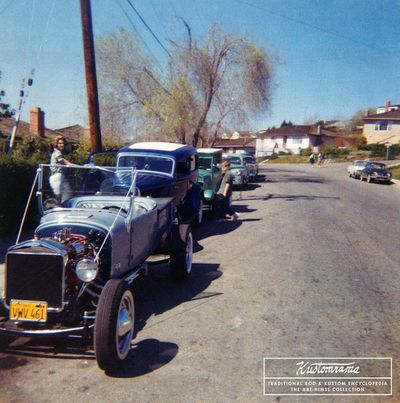 There was never a lack of cool cars in front of the Himsl house in Concord, California back in the 1950s and the 1960s. This photo shows three of Art Himsl's high school hot rods parked on the street. Photo from The Art Himsl Photo Collection. 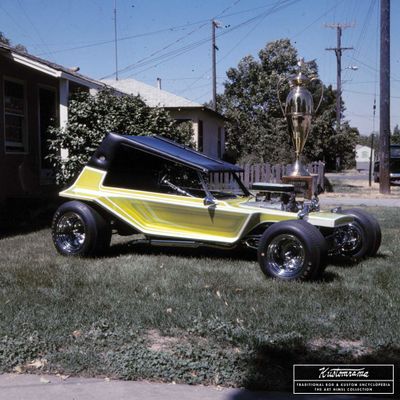 "I don’t know. It was OK," that’s how Art described The Alien in 2019 "It did what it was supposed to do. All I wanted to do was to win that show (America’s Most Beautiful Roadster Award). And it worked. I named it The Alien, just because it was kind of strange-looking. It ran good and everything, but I didn’t like it, so I sold it.” When Sondre Kvipt asked Art why he didn’t like it he replied; "Number 1. You couldn’t see anything with the top on. So I didn’t like it, and I sold it at the show." Art sold it the car to Bill Roach who owned a Budget car rental agency. Photo from The Art Himsl Photo Collection. 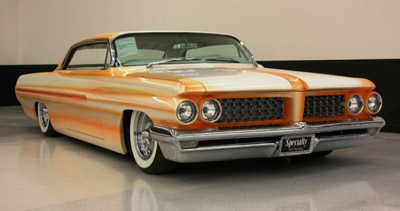 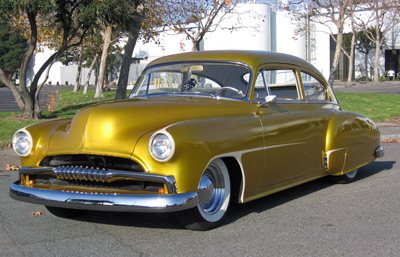 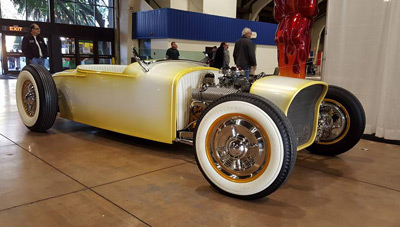 Matt Taylor's 1927 Dodge roadster of Concord, California. Named the Fool's Goldster, Matt's roadster was one of the contenders for the America's Most Beautiful Roadster award at the 2017 Grand National Roadster Show. The build was completed in January of 2017, featuring a yellow and Pearl Murano paint job by Art.

Art Himsl is a famous custom painter from Concord, California.

By age 10, Art was building model cars, customizing and painting their bodies. 13 years old he bought his first car.[1]

The first car Art painted was a 1936 Ford. In an interview Tim Phelps did with Art for his book "Up in Flames," Art told Tim that he learned some valuable lessons from his early mistakes; "I used a pump garden bug sprayer, which didn't work so well. My second attempt was with spray cans. It took 13 cans of paint to do one fender, so I decided it was time to get a real spray gun and compressor."[1]

Busy working on and striping so he could buy cars and paint, Art ended up owning and customizing a lot of cars. He got a lot of speeding tickets, and his license plate was taken away several times. Art became a member of a club called the East Bay Rods, and he won his first trophy at the Old Kingdom drag strip in Lodi. His youngest brother had a hot rod called the Moon Shiner, that they used to race with the local hot rods. Art also had a BSA motorcycle that he raced.[1]

California College of Arts and Crafts

After school, Art went on to open up his own shop. He was 24 years old, and it was a big gamble to leave a good job.

Please get in touch with us at mail@kustomrama.com if you have additional information or photos to share about Art Himsl.