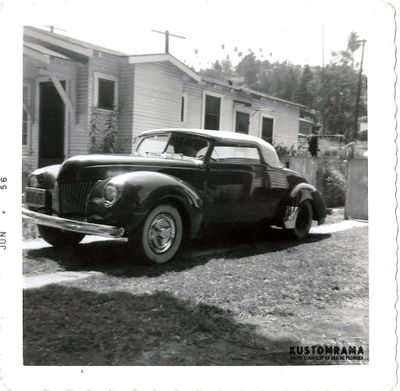 A photo of Bill's Ford, developed in 1956. Photo courtesy of Duane Pedroza. 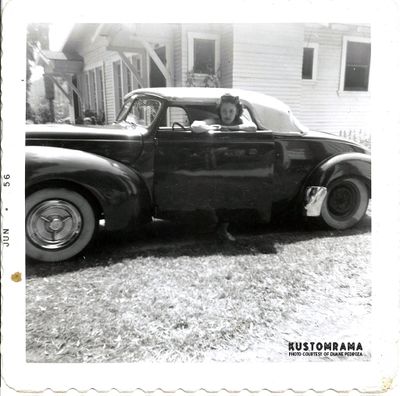 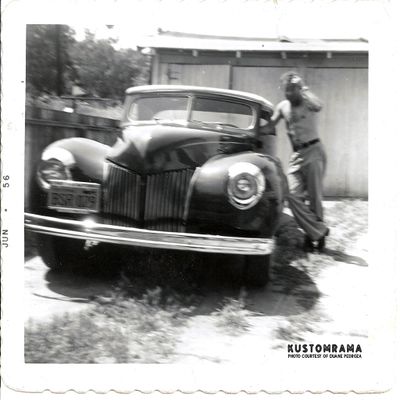 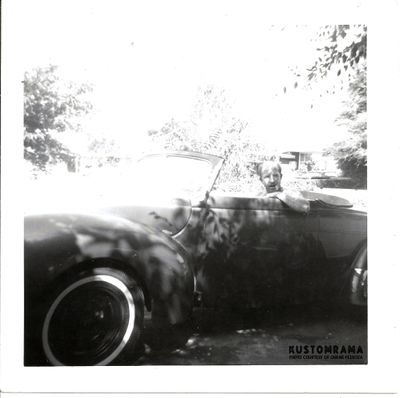 The old custom as it sat when Bill's grandson Duane Pedroza bought it in July of 2006. 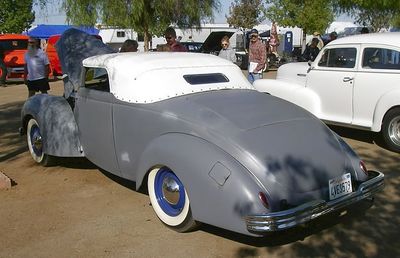 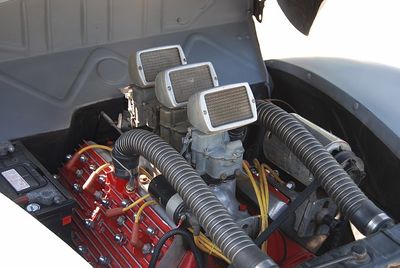 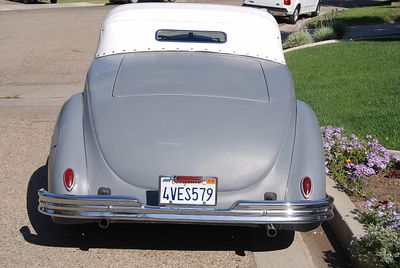 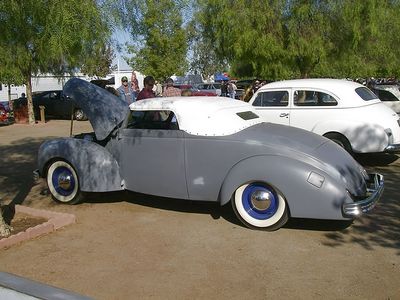 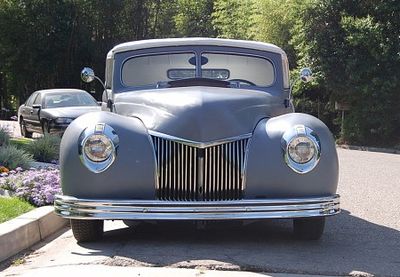 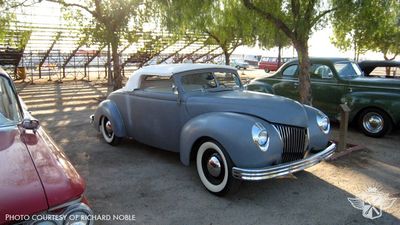 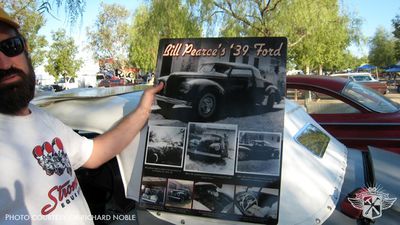 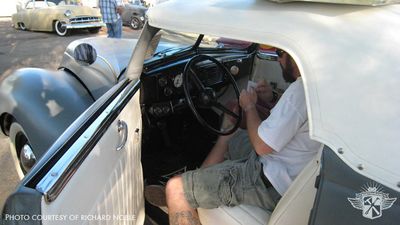 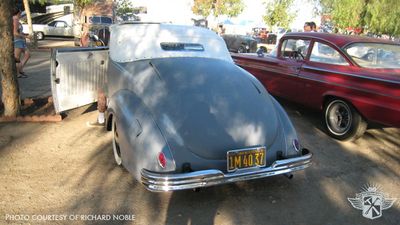 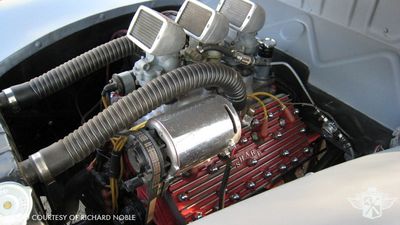 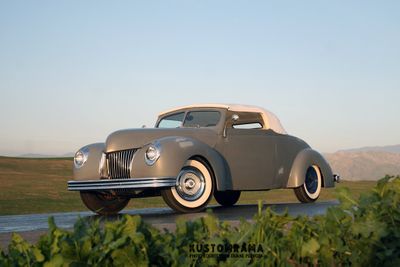 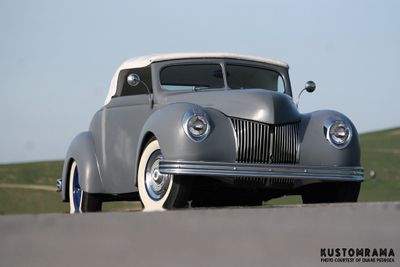 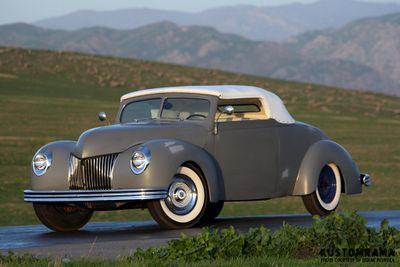 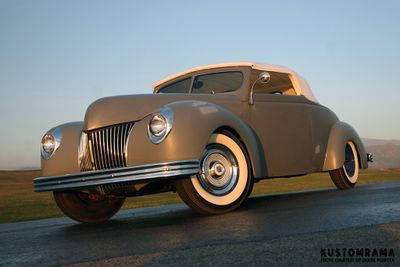 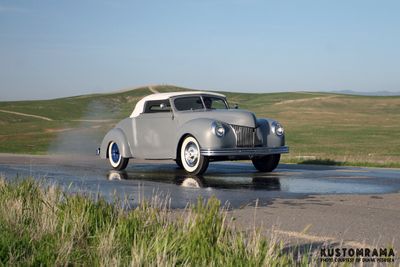 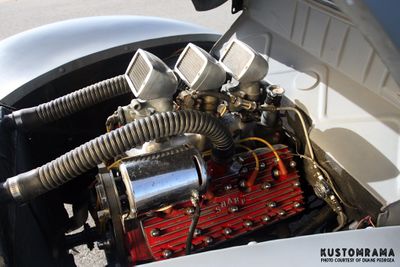 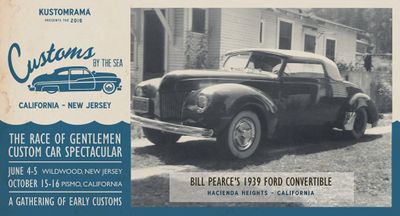 Duane's Ford was one of the "Featured Registrations" for the 2016 Customs by the Sea car show in Pismo, California.

1939 Ford Convertible owned by Bill Pearce of Hacienda Heights, California. Bill bought the car in 1942. In the late 1940s or early 1950s he decided to restyle it. It is not known who restyled the car, but the body of the car was channeled and sectioned, and the windshield was chopped before it received a padded top by Carson Top Shop. During the channeling, the front fenders were raised and the hood was sectioned. The rear fenders were not raised to match the front fenders.[1] The running boards were removed, the hood was dechromed, and the door handles were shaved. The gas filler pipe was removed and replaced with a door. The flathead ford V8 was fit with early model Sharp heads and Kris Kraft boat airscoops.[2]

Bill owned the car until he passed away in 1999. After Bill had passed, his wife sold the car. In July of 2006, Bill's grandson Duane Pedroza, was browsing eBay. He typed in "hot rod" and the first thing that popped up was his grandfather's old car. It looked a lot different from when he last saw it, so he almost skipped right by it. One of the pictures caught his eye. It was a picture of the engine. The early model Sharp heads and Kris Kraft boat airscoops. He had pictures of the car in his work truck, so he went and got them so he could compare them. The engine was identical down to the radiator hoses, so he made contact with the owner and bought the old custom the next day.[2]

Please get in touch with us at mail@kustomrama.com if you have additional information or photos to share about Bill Pearce's 1939 Ford.