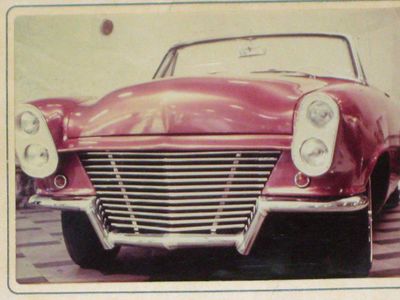 An early photo of the convertible from Bo's collection. This photo was taken at the 1967 Hot Rod Show in Stockholm, Sweden. Photo courtesy of Per Fredriksson. 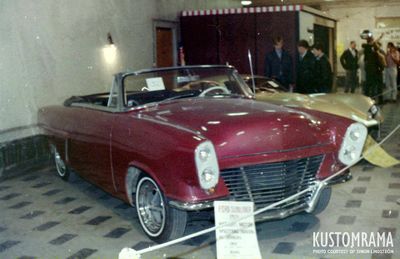 Another photo of the Sunliner from the 1967 Hot Rod Show. Photo courtesy of Simon Lindstöm. 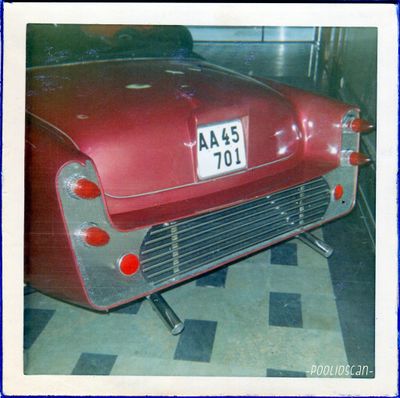 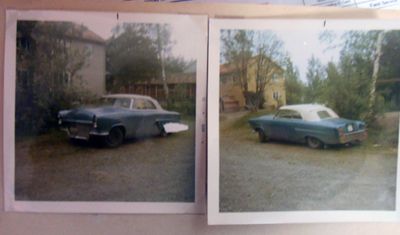 Two old photos of the blue version of the Sunliner surfaced on Facebook in December of 2015. 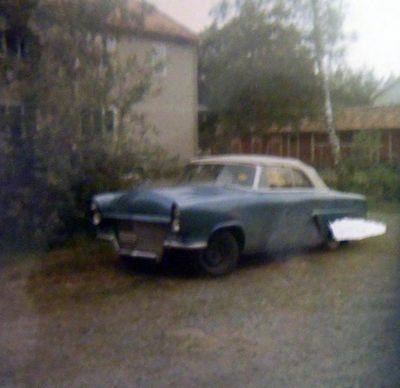 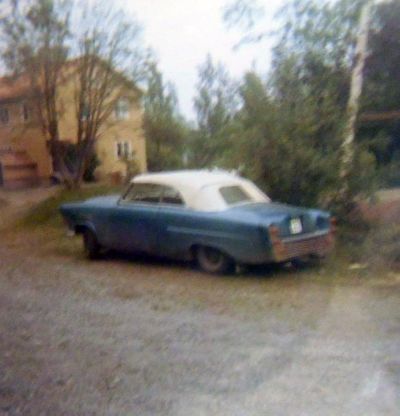 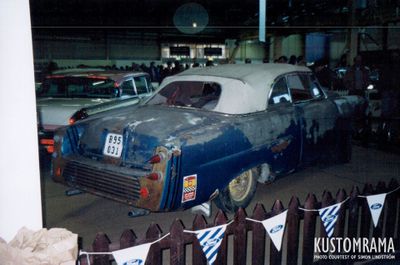 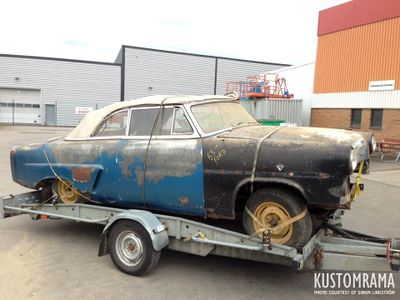 The old custom as it appeared when Simon and Thomas picked it up in September of 2015. Photo courtesy of Simon Lindstöm. 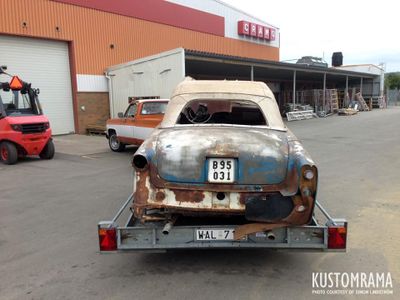 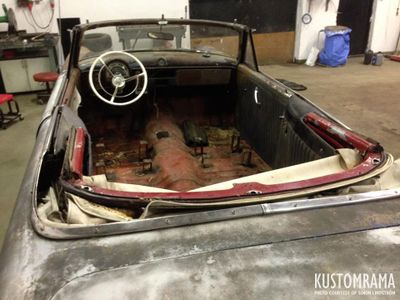 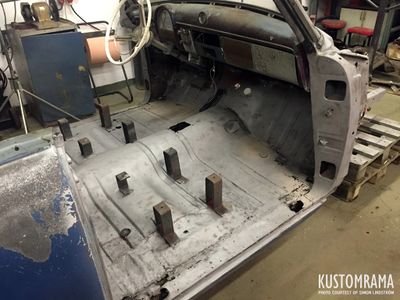 A photo of the floor after it had been sandblasted. Photo courtesy of Simon Lindstöm. 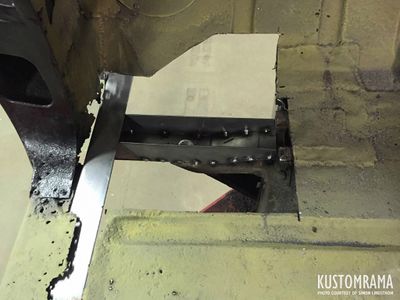 Thomas had to replace all the outer body mounts on the car. Photo courtesy of Simon Lindstöm. 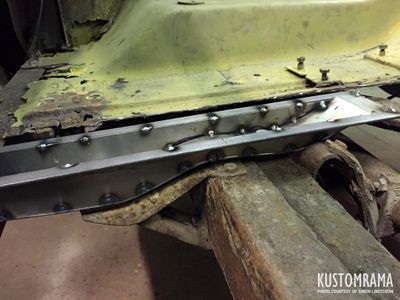 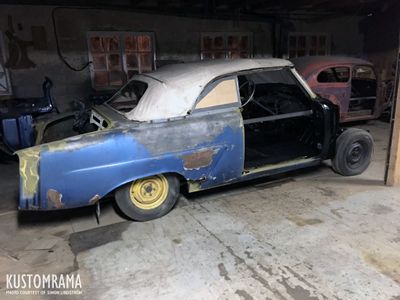 Bo's old custom as it sat in January of 2017. Photo courtesy of Simon Lindstöm.

The front fenders on Bo's Sunliner were modified to accept canted quad headlights from an early 1960s Chrysler. Other modifications included a shaved hood and a custom grille opening. The modified grille opening received a tube grille made from chromed electrical conduit. Bo choose electrical conduit because it was very easy to bend and form. Bumpers from several wrecked VW1500 and 1600 were cut and welded together to form a front bumper for the modified front.[1]

The car had been rear ended when Bo bought it, so he used quarter panels from a four-door to repair the car. The new rear fenders were extended and fit with beaks. A perforated mesh inset, that incorporated a rear grille opening, was installed in the modified rear end. Chromed electrical conduit was also used to create a tube grille for the rear grille. Four 1959 Cadillac taillights was used to dress up the rear of the car before the license plate was sunken into the deck lid. [1]

A powerful Y-block engine from a wrecked 1955 Mercury Sun Valley was installed in the car along with the transmission, drive shaft, radiator and more. All the parts were bought from Granats Bilskrot for 1000 Swedish krona. It ran a Ford Mustang Interior that Sadelmakare Brun in Stortorp upholstered in black. Sadelmakare Brun did also make a white vinyl convertible top for the car. The car was shaved for chrome and door handles, before it received a red paint job. It was dressed up with 14x6 Kelsey Hayes Magstar wheels and white stripe tires.[1]

The build was completed in 1967, and the vehicle licensing department turned the build down a couple of times, before Bo finally got it trough August 29, 1967. The powerful engine was the main reason for the trouble, and Bo had to take it to a couple of inspection places before he got it approvedl.[1]

In September of 1967 Bo showed the Sunliner at the Hot Rod Show in Stockholm.[2]

Bo's little brother Lasse used the car for some time, before Bo put it up for sale at their used car company TH Bil in Sundbyberg, around 1968 - 1969.[1]

Bo sold the car to Kjell Arne Pettersson of Sollentuna, Sweden December 2, 1969. Sometime after that it was painted blue.[3]

In 2001 the remains of old custom was shown at the 2001 Custom Motor Show in Elmia, Jönköping. According to rumors at the show, the car was an old custom by Bosse "Gamen" Sandberg.[1]

In August of 2015 Simon Lindström and his father Tomas bought the remains of the old custom. In September the same year Simon told Kustomrama that they bought the old custom with the intention of restoring it back to how it sat when it first was built. When Simon and Thomas bought the car, a previous owner had started to restore it back to stock condition, and the bumper and other custom parts were missing. They were told when they bought it, that the car hadn't been running since the 1970s. Simon and Thomas' plan was to first get the car up and running in primer.[3]

By December of 2015 Tomas had sandblasted and painted the front suspension and the firewall on the car. He had also started repairing rust in the floor of the car. The floor had been restored several times in the past, and featured a lot of poor workmaship. All outer body mounts had to be replaced and fabricated during the process.[3]

Please get in touch with us at mail@kustomrama.com if you have additional information or photos to share about Bo Thalinsson's 1953 Ford.