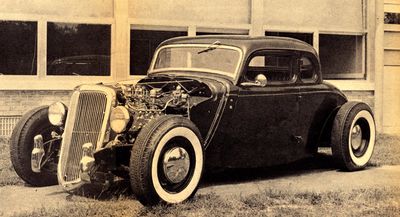 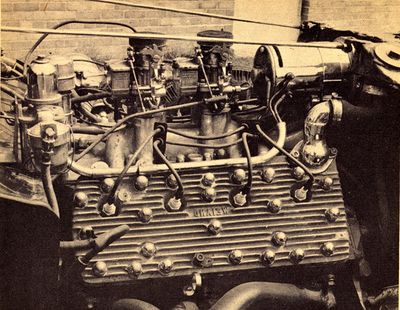 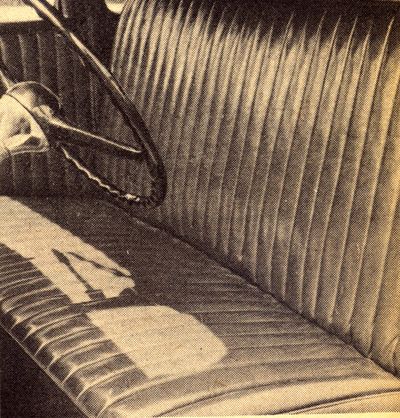 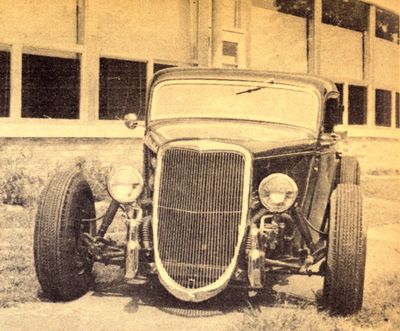 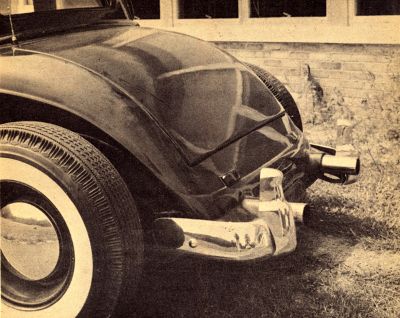 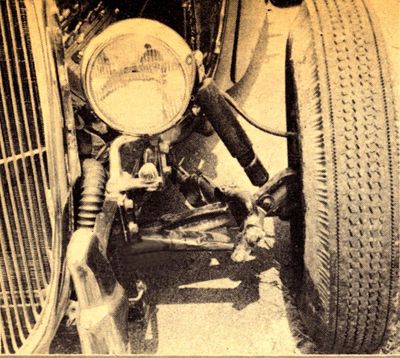 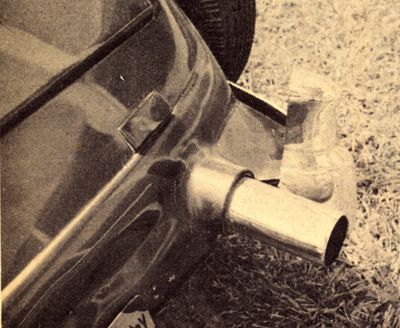 1934 Ford 5-Window Coupe built and owned and built by Bob DiBiasse of Madison, New Jersey. Bob wanted to build a radical coupe and his dream was to own the lowest street coupe in the entire state of New Jersey. Bob worked as a professional body man and had no problem dropping the body nine inches over the frame. Next task on the schedule was to cut 5 inches from the windshield and top posts. When this was done, Bob still thought the car was too high, so he went on to install a dropped front axle and stepped the frame up in the rear. From that point on, Bob could begin focusing on the details. The dropped axle was fit with 1947 Lincoln juice brakes. The stock grille shell was chrome plated and the hood was filled. The hood could easily be removed with rubber straps. The doors and deck lid were electrically operated and shaved to achieve a cleaner appearance. Late seal-beams were installed on custom made pods. The exhaust was routed through hand-formed housings next to the 1951 Chevrolet bumper corners. The front bumper was removed and 1951 Chevrolet bumper guards were used to protect the chrome plated grille. The rear pan was rolled as well. The car was fit with 15 inch 1949 Mercury wheels with wide white walls and "baldy" hubcaps to provide a sanitary side view, the rear rims had to be reversed for clearance due to the channeled body. A 1953 Mercury flathead was fit between the frame rails, bored and stroked to whopping 350 c.i. It was fit with oversize valves, Iskendrian cam, Jahns pistons, Weiand heads, twin Stromberg 97s, home-made headers and a Weber flywheel. The rear axles came from a 1948 Ford with hydraulic brakes. Due to the radically channeled body, the seats had to be lowered. The interior was done in pleated maroon Naugahyde with matching rugs.[1]

Please get in touch with us at mail@kustomrama.com if you have additional information or photos to share about Bob DiBiasse's 1934 Ford.