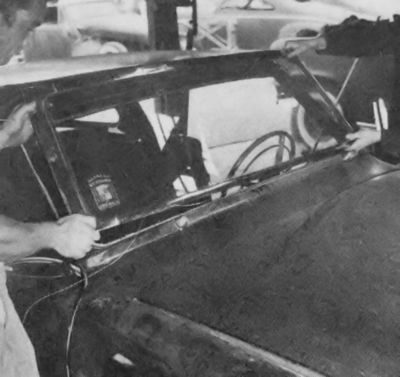 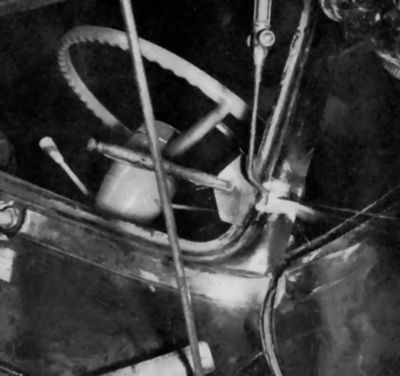 Four inches were removed from the lower section of the windshield post. 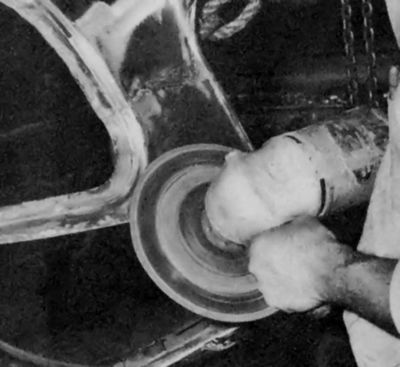 Three inches were removed from the top's side panels. 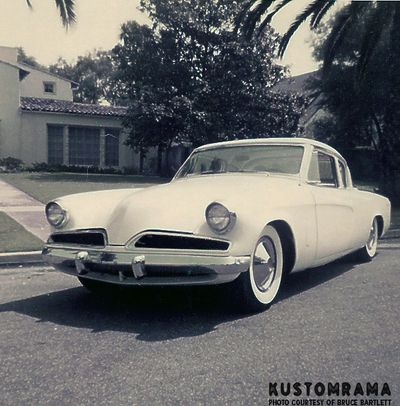 1954 Studebaker restyled by Barris Kustoms for Ramblers of Long Beach member Don Chapman of Long Beach, California. According to a featured story on the Studebaker in Car Craft July 1955, Don lived in Huntington Park. This was not the case, as Don lived in Long Beach. Don's dad was the general manager of Jamestown Motors, the Studebaker dealership in Long Beach for many years before opening up his own agency in Huntington Park. In 2015 fellow Ramblers member Bruce Bartlett told Kustomrama that in late 1953, when the new '54 models came out, he and Don bought new Stude's from Claire; "Don picked a '54 hardtop, and I took a new '53 Starlight Coupe. Both were V8's with Overdrive. Don worked with George Barris on his build, and I worked with Sam Barris on mine."[1]

What Don really wanted was a Studebaker convertible, but since the Studebaker didn't offer any convertibles for the 1954 model year he decided to take action on his own. Don was worried about the body strength of the car after removing the top, so he confronted Barris Kustoms with the project. George and Sam Barris had performed this task twice before, and told Don that the body was strong enough to withstand the removal of the top. He trusted the brothers, and handed his car over to the duo. He also told them to chop the top while they were at it.[2]

The Barris Brothers started by removing the windshield, headliner upholstery and the window glass. After that the top was cut loose using a hacksaw and air chisel. They cut the top of the windshield posts and at the rear the air chisel was used to cut around the top's lower contour where the roof joined the body. During the chop, four inches were removed from the lower section of the windshield post and three inches from the side panels. By doing this, the top sat more level and was now positioned about three inches forward from its stock mooring at the rear. The gap that appeared after the chop was filled with eighteen-gauge sheet metal and faired into the rear of the top. A heavy weld bead was tacked onto the underneath edge of the top at the rear for extra strength. The hardtop roof was removable, and 1941 Buick convertible top clamps were installed on the forward bow and along both sides to keep the top in place while driving. Bill Smith of Del Mar Glass Company chopped and refitted the original windshield and window glass. Before the car was handed over to Don, some trim and door handles were shaved away, and scoops were added in the area in front of the rear wheel openings. The car was also lowered slightly.[2]

Please get in touch with us at mail@kustomrama.com if you have additional information or photos to share about Don Chapman's 1954 Studebaker.