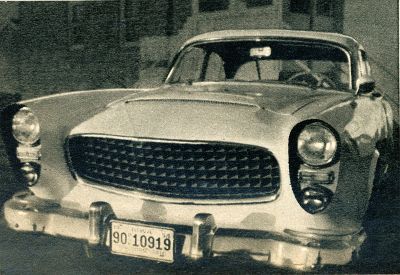 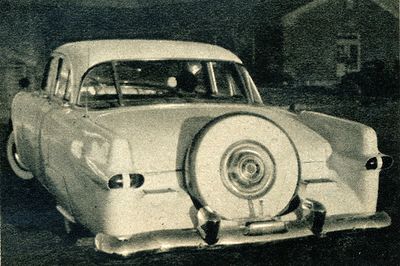 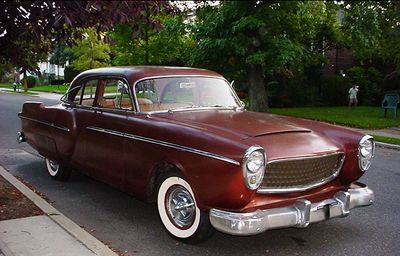 The Packard as it sat when it was offered for sale on eBay in October 2010. 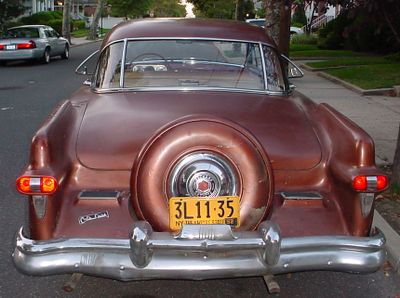 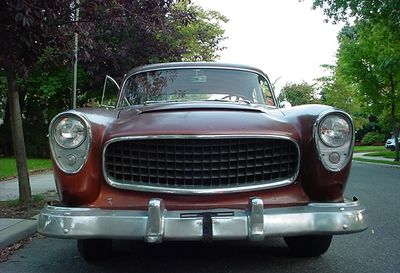 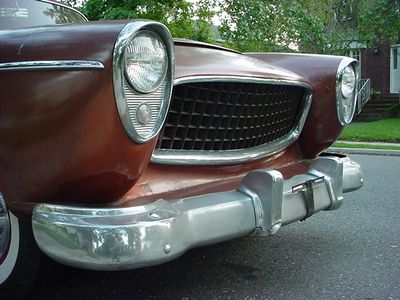 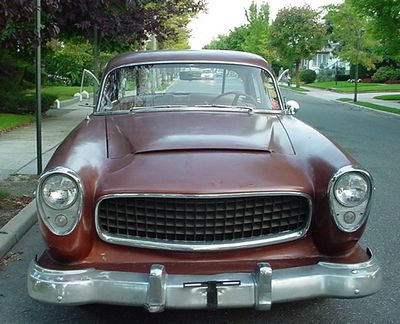 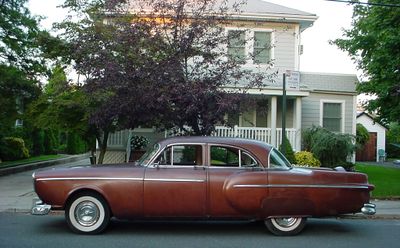 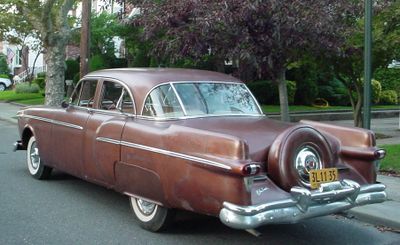 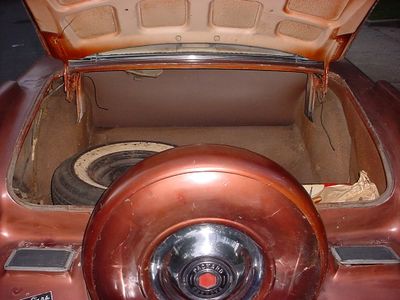 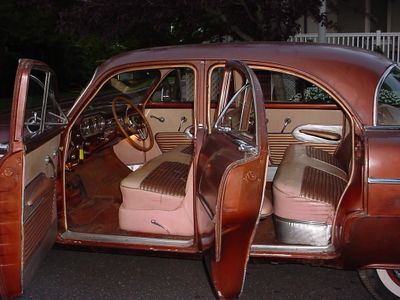 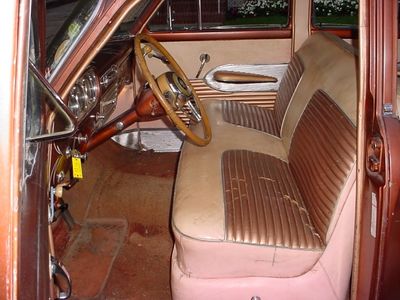 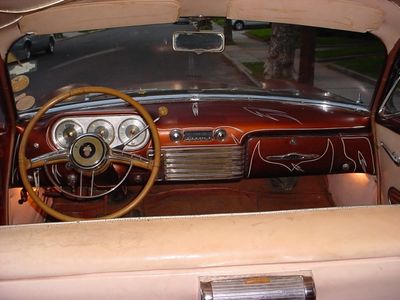 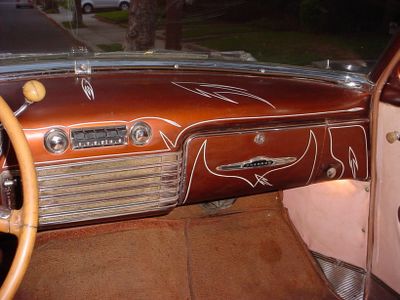 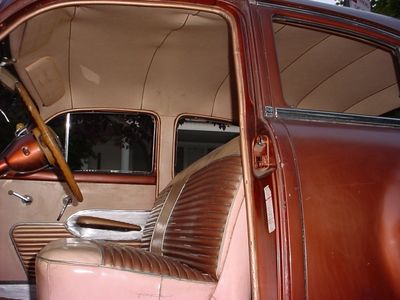 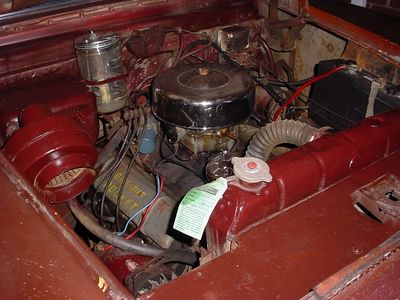 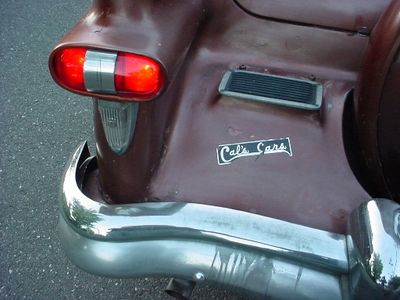 1952 Packard Patrician restyled by Gene Meeks of Ottumwa, Iowa in 1954. Gene reshaped the grille to give it the popular honeycomb effect; the outline originated on a 1954 Nash Ambassador. The first version of the car featured an unusual light arrangement that included 1951 Ford fog lights at the bottom and parking or directional signal lights in the center. The headlight arrangement was later reworked with 1954 Buick headlights and bezels. The car was fit with 1951 Studebaker Commander front fenders and a 1952 Chrysler front bumper. A section of the hood was taken from a 1939 Ford deck lid. In the rear, the deck lid was shaved of its handle and ornamentation and a hidden trunk release was put under the rear step plates next to the Continental kit. The other step plate hid the gas filler. The fins on the rear fenders seems to come from a 1954 Pontiac, but this is not confirmed. The wheels got wide whitewall tires with two-bar spinner hubcaps and fender skirts were used in the rear. The Packard was powered by a 1954 Oldsmobile rocket engine. When the car was featured in Motor Trend March 1955 it had been painted white with red highlights in the recessed areas around the headlights, the grille mesh, and the trim around the spare tire.[1]

Sometime after the car was featured in Motor Trend March 1955, it ended up in the hands of a University professor who used it until the mid 1960s. The car spent the next 40 or so years in storage in central Illinois. After being kept in storage for more then 40 years, the car was offered for sale on eBay in October 2010. By then the car had been painted red, and it was located in Belle Harbor, New York. The car was advertised on eBay with a Buy It Now price of $6,650 US. By then the car had only 67,490 miles on the odometer.[2] It eventually sold for $4,775.00 US.

Please get in touch with us at mail@kustomrama.com if you have additional information or photos to share about Gene Meeks' 1952 Packard.