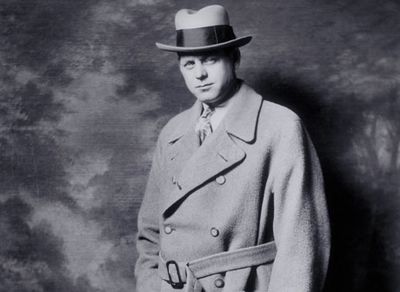 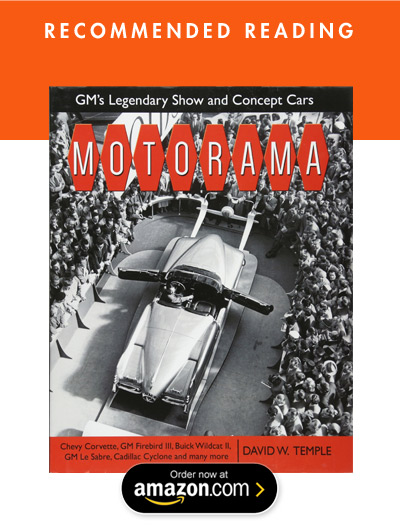 Harley Jefferson Earl of Hollywood, California. Harley's father, Jacob W. Earl owned The Earl Carriage Works, a carriage works business in which Harley became heavily involved in after recovering from an illness that had interrupted his studies at Stanford University. Jacob gradually placed his shop under Harley's leadership and the firm evolved into the custom car business. The Earl Carriage Works transformed into Earl Automobile Works, and its clientele consisted of the rich and famous, from wealthy businessmen to the stars of the new movie industry in Hollywood. Earl's shop produced about 300 custom bodies a year, and some of Earl's creations were shown at the Los Angeles Auto Show.[1]

In January of 1919 the Los Angeles Times reported that the most startling local models at the Los Angeles Auto Show were the ones built by Earl Auto Works. Earl had a Chandler and a Marmon at the show, and both cars attracted huge crowds; "These cars are designed by Harley J. Earl, a local man...who has sprung into prominence as a maker of motor fashion almost overnight."[1]

In July of 1919 Earl sold his company to Cadillac distributor and custom car builder Don Lee. It was a convenient arrangement; Don Lee's Los Angeles Cadillac agency and Harley Earl's shop, which had done bodywork and customizing for Lee, were less than a block apart. Harley became chief designer and director of the custom department of what was renamed Don Lee Coach and Body Works. After the sale, the San Francisco Chronicle reported that Don Lee's new shop was the largest plant of its kind west of Chicago, and for several years Earl's had been one of the six largest builders of custom bodies in the United States. Don Lee's intention was to turn out the very best coach work obtainable anywhere in his new plant. With this idea in view, he would send one of his designers to New York twice a year, and as soon as European manufacturers were once more in production, after recovering from World War I, a Don Lee designer would make a yearly trip aboard. The designer sent to study styling trends in New York and abroad was Harley Earl.[1]

Between 1919 and 1920, Don Lee Coach and Body Works produced hundreds of custom cars. This success was due in part to Earl's approach to customers, he not only showed them drawings of his proposals, he also built full-scale clay models. Clay models and trips to Europe were valuable tools for Harley. Modeling concepts in clay was something as revolutionary as the moving assembly line for automobile production, and like the moving assembly line, it spread to automakers everywhere. According to the book GM's Motorama by David W. Temple, Earl reportedly said, "A picture is worth a thousand words, but a model is worth a thousand pictures."[1]

Earl's work at Don Lee's shop gave him access to upper-level managers of Cadillac. In 1921, Cadillac President R. A. Collins asked Harley to create some clay concepts for Cadillac sport sedans. The concepts were completed within a couple of months, but by then Collins had moved on to Peerless. However, Alfred P. Sloan Jr., president of GM, learned of Earl's work, as did the Fisher Brothers of Fisher Body. Sloan and Lawrence Fisher would both remember the name Harley Earl. By 1925 Lawrence Fisher was the President of Cadillac and during the latter part of the year he visited Don Lee's shop and met Harley Earl. The two became friends and played golf together. They also discussed automobile styling, and both recognized that styling could be a great sales tool.[1]

Late in 1925 Lawrence hired Harry to do some design work for a new model called LaSalle. January 26, 1926, Harry boarded a train to Detroit. In 1927 he was hired as a styling engineer for GM. Harley created and became head of the "Art and Colour Section" of General Motors. The GM styling department began with about 50 people, but grew to about 1,100 by 1957. Harley's Art and Colour Section blended well with Sloan's philosophy of planned obsolescence. Model year changes were meant to entice the public to buy new cars through just enough changes to make the next new model seem better. Another aspect of the philosophy was not to make too radical a change too soon.[1]

The Detroit News once characterized Harley Earl as "the father of the dream car." As General Motors’ design chief from 1927 to 1958, "Misterl," as his employees called him, became perhaps the most influential automotive stylist ever, a man whose team of designers created the streamlined, aerodynamic modernism of the 1948 Cadillac, the 1953 Corvette and other classic American vehicles. He introduced, among other things, the tail fin and panoramic curved windshield. Detroit’s best-known designer also was a savvy businessman with a fine-tuned intuition for consumers’ wants and needs, and during his career General Motors sold some 35 million cars based on designs he had supervised. But Earl, who came up with the idea of building concept cars (experimental vehicles that showcased stylistic and technological innovations), also qualified as a futuristic visionary. Some of Earl’s signature vehicles — most notably, the 1958 Firebird III concept car — look like something out of science fiction, and include gadgetry that, a half-century later, still seems far-out.[2]

Please get in touch with us at mail@kustomrama.com if you have additional information or photos to share about Harley Earl.