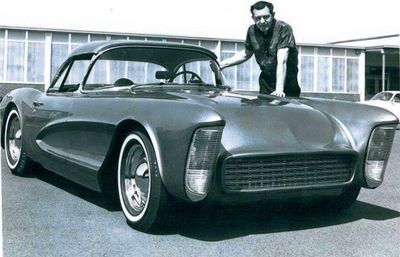 A photo of Von Hunter with the Corvette taken sometime around 1967. The Vette was Von's personal car, and according to Ron Gerlitz it was built from a crashed car. 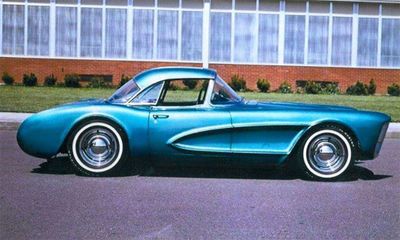 Rolling on chromed wheels with narrow whitewall tires, the 1967 iteration of the Corvette featured a Metallic Blue paint job. 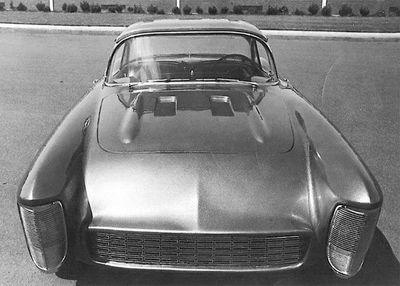 Modifications include a reworked front end dressed up with 1963 - 1964 Buick Riviera running lights with headlights behind them. The grille opening was also modified, and a mesh inset replaced the chromed teeth. 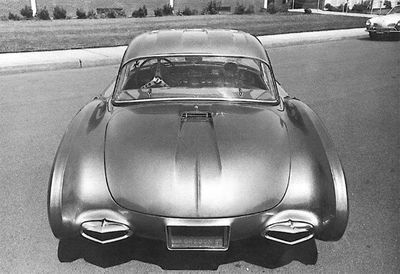 The rear of the car featured custom taillights. The deck lid had also been shaved, peaked, and modified with a sunken down scoop. 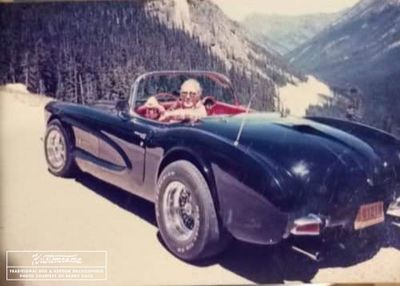 A photo of Russ with the Vette taken at the North Cascades Highway in Washington in 1980. Russ bought the Vette in 1979, by then it had been painted black. Photo courtesy of Randy Koch. 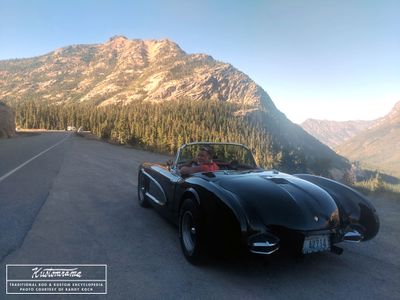 A photo of Randy with the Vette taken the same exact place 40 years later. Russ gave the old custom to his grandson in 2003. Photo courtesy of Randy Koch. 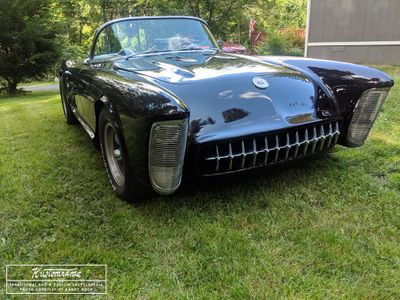 A photo the car as it appeared in 2020. Photo courtesy of Randy Koch. 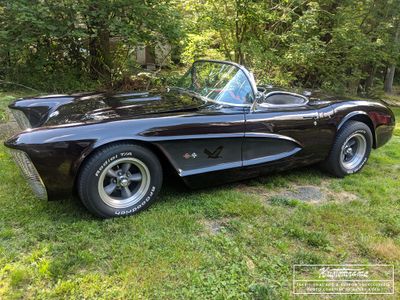 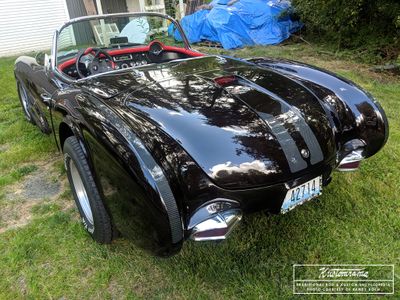 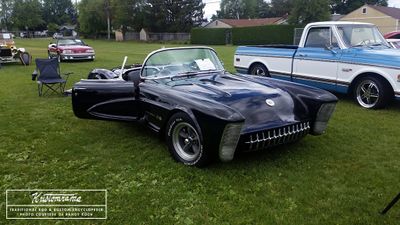 1957 Chevrolet Corvette originally owned and restyled by Von Hunter of Portland, Oregon. The Corvette was Von's personal car, and he restyled it sometime around 1967. Built from a crashed car, Von's Corvette featured a reworked front end. A front end dressed up with 1963 - 1964 Buick Riviera running lights that he installed headlights behind. The grille opening was also modified, and Von replaced the chromed teeth with a mesh inset. The wheel wells were flared and radiused, and the rear of the car received taillights made from 1956 Ford front turn signals. The deck lid was shaved, peaked, and modified with a sunken down third taillight. Rolling on chromed wheels with narrow whitewall tires, Von gave the car a Metallic Blue paint.[1]

In 2020, Scott Hunter, Von's son, told later owner Randy Koch, that his dad sold the car to Ron Tonkin Chevrolet shortly after he had completed the build. He did not know what happened to the car after that.[1] Ron Gerlitz grew up in the area. He met Von in the late 1950s, and used to skip school so he could hang out at Von's shop watching him work his magic. In 2020 Ron told Sondre Kvipt of Kustomrama that he remembered his neighbor Bob repairing the motor in the car for one of his friends. Bob was a member of the Throttle Kings of Portland car club. Unfortunately, he had passed away by 2020, and Ron couldn't remember the name of Bob's friend that owned the Corvette.[2]

Russ Cook of Lake Oswego, Oregon bought the Corvette in 1979. By then it had been repainted black. When Russ got the car, the third taillight was just a cosmetic plastic piece, so he put in an actual light and made it functional. He also installed a 1957 Chevrolet Corvette grille in the car.[1]

In 2003 Russ gave the old custom to his grandson Randy Koch of Gold Bar, Washington. When Randy got the car, he didn't know who the original builder or owner was. He had been told it was built in the Portland, Oregon area, and that it had appeared in a few magazines back in the 1960s and the 1970s. Randy also believed it had been shown at the Portland Autorama show in the late 1960s or the early 1970s. In August of 2020, he reached out to Kustomrama, asking for assistance to trace the history of the car. Randy shared what he knew about the old custom, along with a handful of old and recent photos. The story was published in the Lost and Found section on Kustomrama. It was also included in Kustomrama Newsletter No. 150, and it didn't take many minutes from Sondre had hit the send button until Ron Gerlitz had hit the reply button, gotten in touch and shared what he knew about Von Hunter's old Corvette. One mystery solved. We are now trying to find out who owned the car between Ron Tonkin Chevrolet and Russ Cook. Randy would also love to know what magazines it appeared in. Please get in touch with Kustomrama at mail@kustomrama.com if you can help us solve some of these remaining mysteries.

Please get in touch with us at mail@kustomrama.com if you have additional information or photos to share about Von Hunter's 1957 Chevrolet.