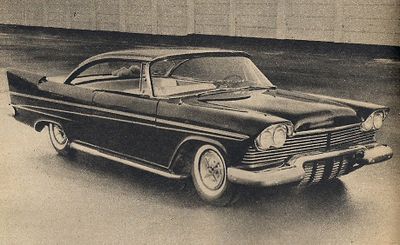 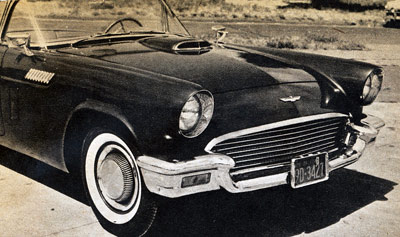 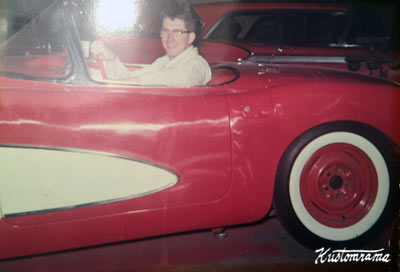 Bill Schott's 1956 Chevrolet Corvette of Portland, Oregon. Bill was a member of The Kings of Portland car club, and his Corvette was mildly restyled by Von Hunter in 1960. 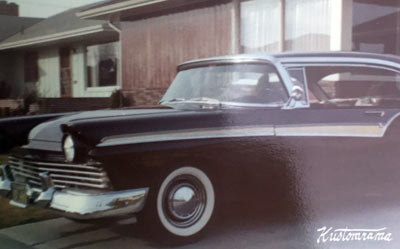 Bill Schott's 1957 Ford Fairlane 500 of Portland, Oregon. Bill was a member of The Kings of Portland car club, and his Fairlane was mildly restyled by Von Hunter in 1961. By then, Von Hunter had opened up his own shop in Portland. 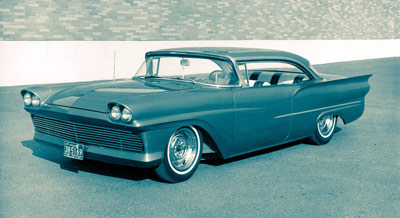 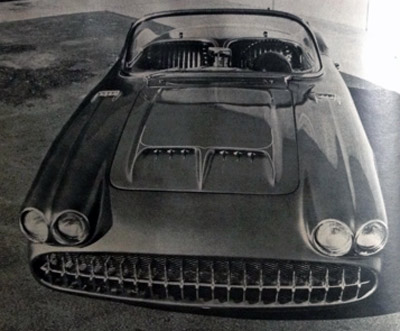 Von Hunter's 1960 Chevrolet Corvette. The car was restyled in the early 1960s.

Von Hunter's 1960 Chevrolet Corvette was featured on the cover of Car Craft September 1963. According to the story, Von Hunter put forth two years of his spare time efforts in creating the violent violet custom with metalflake paint. George Barris snapped the photos that were used in the story. 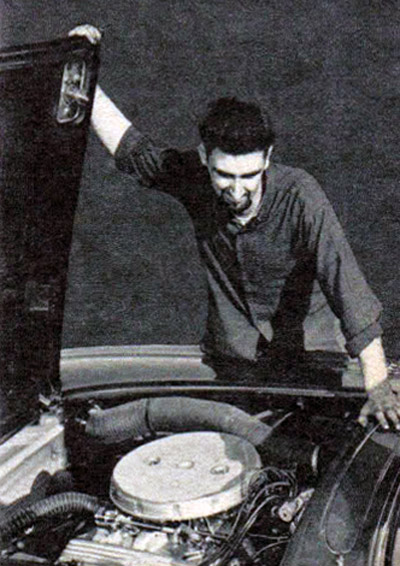 A photo of Von Hunter with the Corvette from the Car Craft September 1963 story. Photo by George Barris, courtesy of Car Craft Magazine. 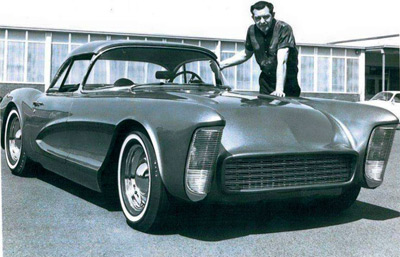 A photo of Von next to his 1957 Chevrolet Corvette custom. Starting with a crashed car, the build was completed sometime around 1967.

In the late 1950s Von worked at Wilkenson’s Body Shop. Ron Gerlitz grew up in the area, and he met Von when he worked for Wilkenson. "I was 16," Gerlitz told Sondre Kvipt of Kustomrama in 2020, "and I had a '49 Chevy. My dad told me don't you be changing anything on that car. First thing I did was to put a '58 Impala steering wheel on it." After the swap, the Impala wheel ended right up in his face. Wilkenson Automotive was about four blocks from Ron's house so he went up there. Von asked Ron what he could do for him. Ron showed him the car, and Von told him he could cut the column for 25 dollars. "That's how I met him. After about three hours he had cut the column and put my steering wheel down where it belonged."[1]

Later on, Von teamed up with custom painter Phil Shaffer, and they opened up a shop across from Ron's high school. "I used to skip school a lot," Ron told Kustomrama, "about one day a week I used to go over there and sit. One day he said, "Shouldn't you be in school?" I said, "Well, I am in school." He said, "What do you mean?" I said, "I'm learning more over here watching you." Ron recalled that Von was a great guy. Great and very talented. "He could do stuff and never use any bondo. It was unreal how he could stretch and form metal just by hands and a couple of tools." Ron recalled Von and Phil doing mostly custom work in their shop. "Von would rather do custom work than take a wreck in." Ron and his buddies, who were 17 and 18 years old all had cars with some custom work done to them, and Von was their go-to man. "We hung out at his shop quite a bit." Ron had a 50 Chevy that Von put 1950 Buick taillights on, rounded the hood corners on, and louvered the hood on. "He was one of those guys you could go in and talk to, and after about 10 minutes you felt like you had known him forever. And with him it wasn't like bring it back in six months, or bring it back in a week, it was usually like "What are you doing tomorrow? Stop by, and we can probably take care of that tomorrow for you." Ron went to him for years for lowering cars. "They had a thing on Saturdays. For, I think it was 20 dollars, he would lower the front and back of your car for 20 bucks. It would take him about 15 to 20 minutes. You would come in looking like a four-wheel-drive and go out real low."[1]

In 1963 Von Hunter's 1960 Chevrolet Corvette was featured on the cover of Car Craft September 1963. According to the featured story inside, Von Hunter had over 16 years of experience when it came to customizing cars. At the time he was running his own shop. Bob Holbert and Phil Shaffer where two employees that worked with Hunter when the Corvette was built.[2]

Von ended up as a school teacher at Benson Polytech in Portland in the late 1980s or the early 1990s. "He went in there and became the body and fender teacher," Ron Gerlitz recalled. "He did that until he retired, working with cars on the side."[1]

Please get in touch with us at mail@kustomrama.com if you have additional information or photos to share about Von Hunter.