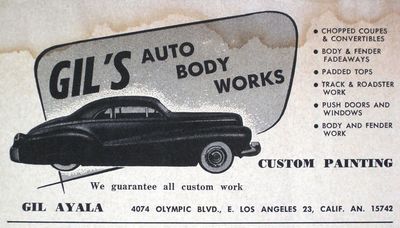 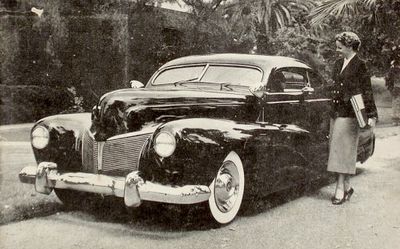 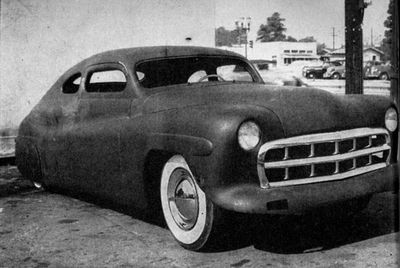 Jack Stewart's 1941 Ford of Los Angeles, California. Kenny Lucas chopped the top on the car in 1948, before Jack channeled it himself. In 1950 he brought it to the Ayala Brothers to have full fadeaway fenders installed. Later on in 1950 the build was completed by Barris Kustoms. 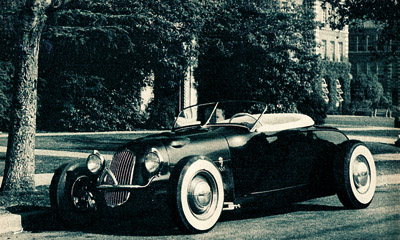 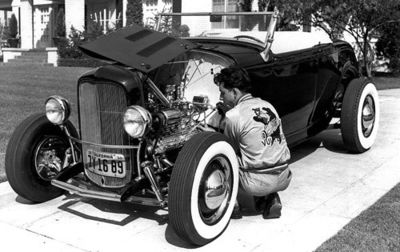 Gil painted Joe Nitti's 1932 Ford roadster. He mixed the lacquer himself, and the car was finished in a lush deep organic Purple. 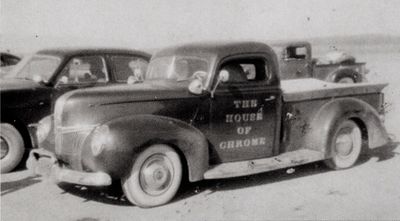 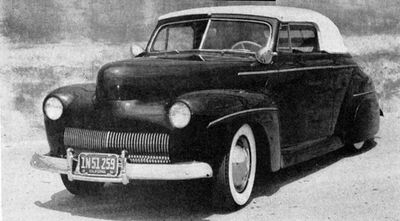 Wally Welch's 1941 Ford convertible was restyled by Gil and Al sometime prior to 1951. 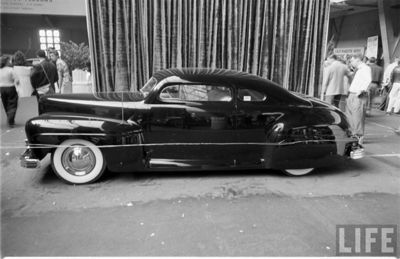 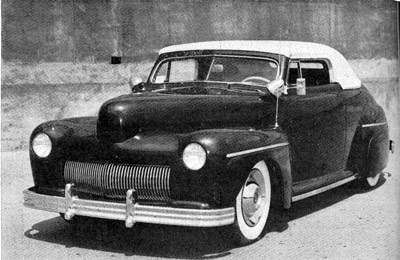 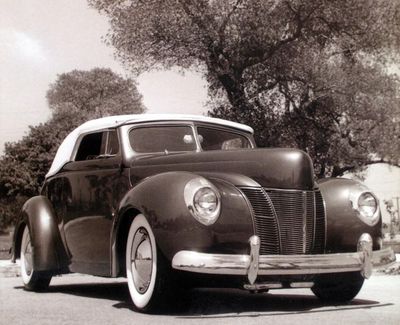 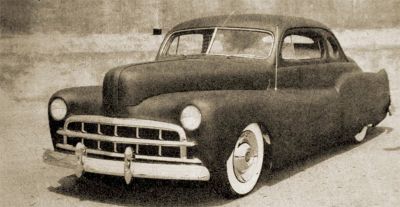 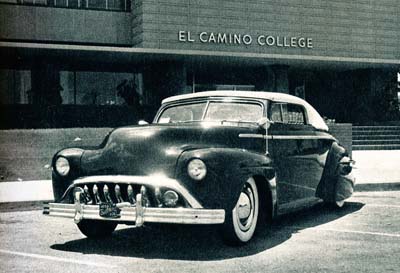 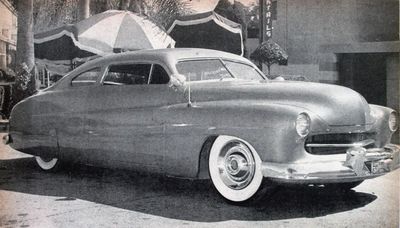 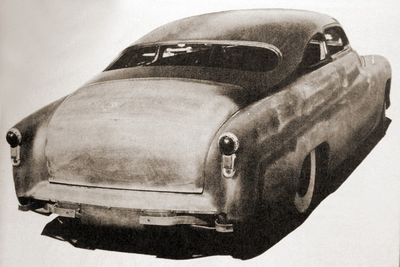 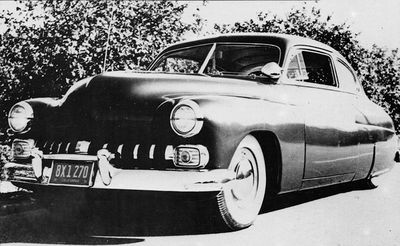 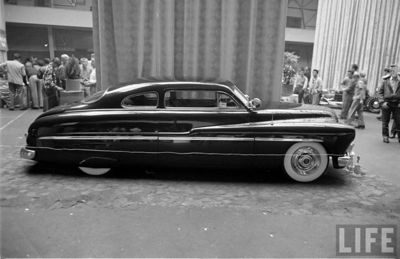 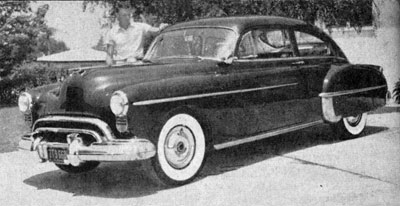 Mel Gerrard's 1950 Oldsmobile 88 of Whittier, California. The car was restyled by Gil's Auto Body Works in the early 1950s. The total cost of the restyling was close to $700, and the work was spread over an eight-month period. 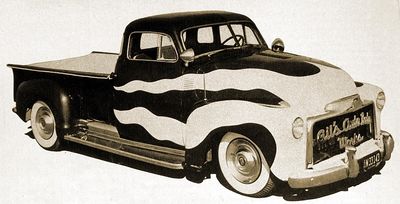 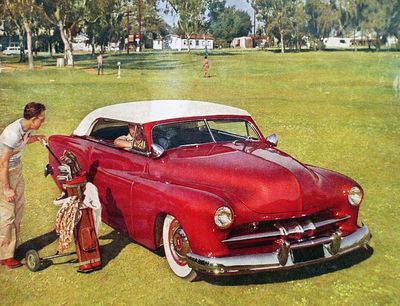 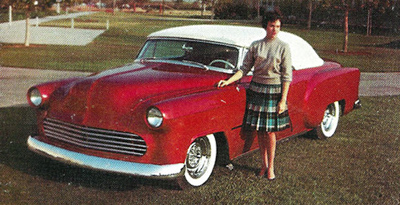 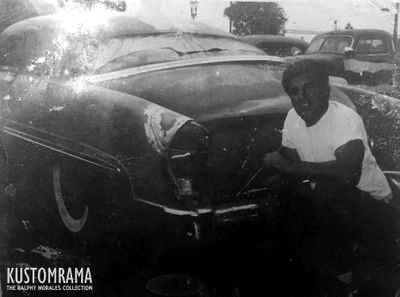 A photo of Al Ayala with an in-progress 1951 Mercury custom. The quarter panels on the car have been modified to house 1954 Packard taillight lenses. According to Ralphy Morales, the car was owned by a guy from Indio. The photo was taken circa 1954 - 1955, and Ralphy started working for Gil right after it left the shop. Gil Ayala's 1951 GMC truck is parked behind the Merc in the photo. Photo from The Ralphy Morales Photo Collection. 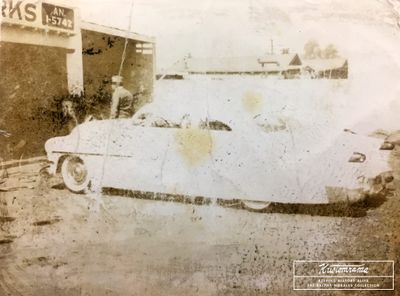 The Indio Mystery Merc in primer. Photo from The Ralphy Morales Photo Collection. 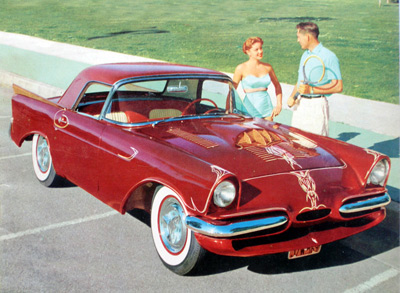 Gil Ayala's 1955 Ford Thunderbird of East Los Angeles, California. Known as the Wild Bird, the car was restyled by Gil and Al Ayala at Gil's Auto Body Works. The first version was completed in 1956. 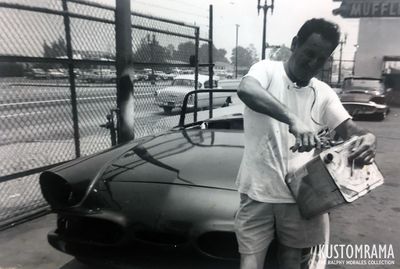 A photo of Gil with the second version of the Wild Bird taken during the rebuild in the early 1960s. Trend Book 175 Custom Cars 1959 Annual credited Gil as a Thunderbird restyling specialist. Photo from the Ralphy Morales Photo Collection. 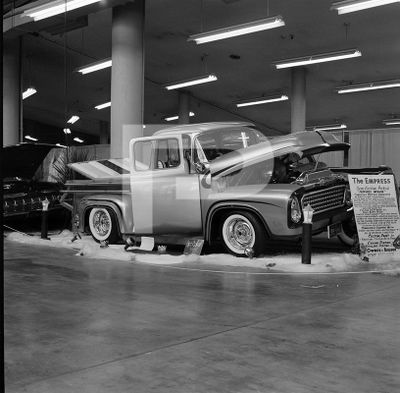 Kent Frederick's Emperess featured custom bodywork by Gil's Auto Body Work. This photo of the truck was taken at the 1965 Tridents Rod Custom Autorama. Photo by Bud Lang, courtesy of the Petersen Archive.

Gil was the front man and painter at the shop, while his brother Al was the master fabricator. Gil owned the shop, and Al worked there on and off over the years, sometimes full-time, sometimes part-time. Al did also have a regular job at a Chevrolet dealer, and he would work for Gil when it was slow at the dealer, or at nights. Al also worked full-time for Gil in stretches, doing strictly bodywork.[1]

Gil's Auto Body Works was a full-service body shop that did a lot of custom metalwork and painting. Gil did also do a lot of insurance repair work, especially on high-end cars, to make ends meet. Gil's speciality, and his love, was mixing and spraying luscious custom colors, especially candies and pearls. The Ayalas were among the first to make full Fadeaway Fenders.[1]

The House of Chrome

In September 1953, Gil married his second wife Lucille. Lucille became the manager/bookkeeper of the shop, and worked there most of the time after 1953.[1]

Gil Ayala is listed in Trend Book 175 Custom Cars 1959 Annual as one of the customizers in the industry doing outstanding work in the art of restyling automobiles. He is listed as a Thunderbird restyling specialist.[2]

Please get in touch with us at mail@kustomrama.com if you have additional information or photos to share about Gil's Auto Body Works.