This photo of Bob's custom was published in Custom Cars Trend Book No. 101. 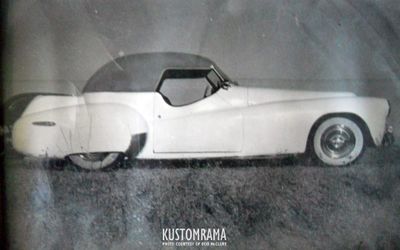 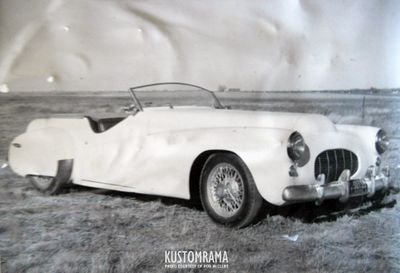 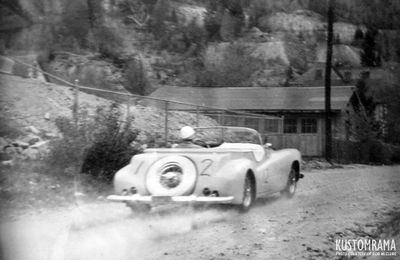 A photo of Bob racing his custom. Photo courtesy of Rob McClure. 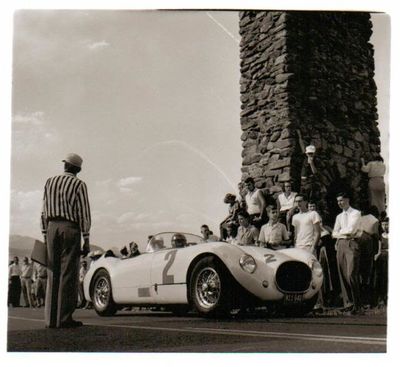 In 1953 Bob run his custom in the Buffalo Bill Hill Climb in Golden, Colorado. In 1954 Bob had a Jaguar Special built that he attended the race with. This photo shows Bob at the start line with the Jaguar in 1954. Photo courtesy of Colorado Hillclimb.com. 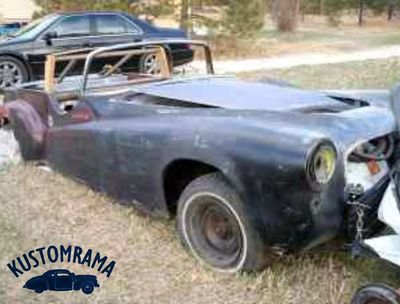 The McClure Dragonfly as it sat in 2011. 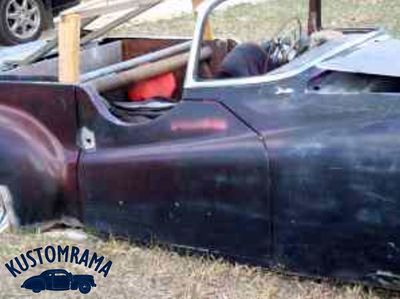 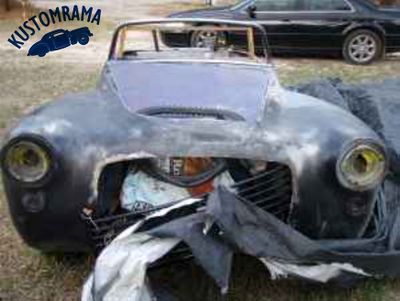 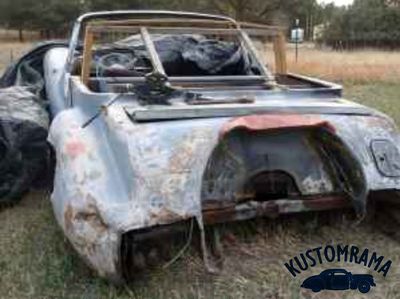 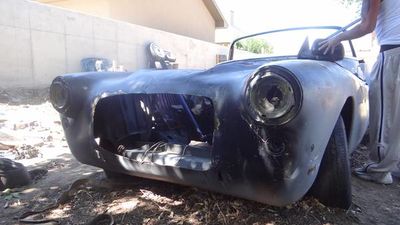 The McClure Dragonfly Cadillac was advertised for sale on the Denver Craigslist in September of 2013. The car seems to be the same as the Robert McClure Custom that was featured in Custom Cars Trend Book No. 101. Photo courtesy of >Craigslist. 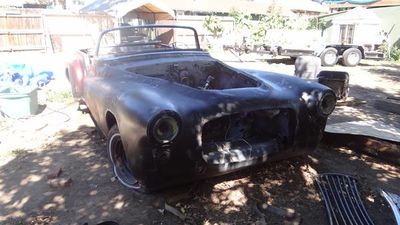 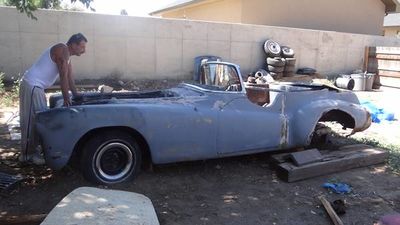 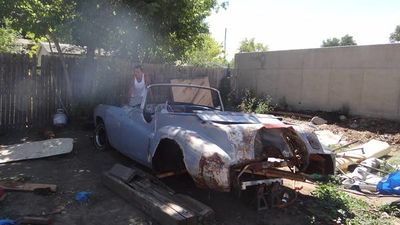 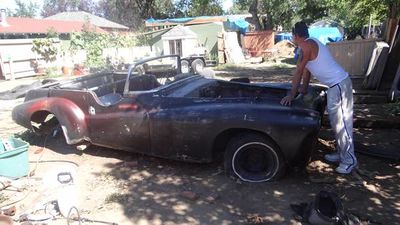 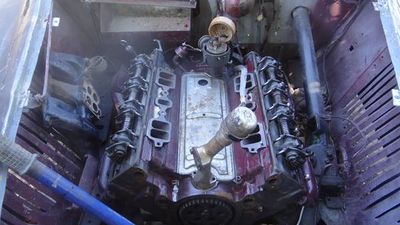 The "Robert McClure's Custom" is a Sport Custom built by Robert McClure of Denver, Colorado. According to Robert's grandson, Rob McClure, the car was first built in 1947. Constructed on a Buick chassis, it was Black with a Buick grille, Buick rear fenders, and it sat four people. Robert later changed it to a two-seater when he started racing it.[1] In 1951 the two-seater version was featured in Custom Cars Trend Book No. 101. That version ran a Mercury engine, a hand formed grille, removable top, leather upholstery and cut down entry.[2]

In 1953 Robert ran the Custom in the Buffalo Bill Hill Climb in Golden, Colorado. In 1954 Bob he returned with a Jaguar Special build.[3]

Robert sold the car in the late 1960s. In September of 2013 what seems to be the remains of the old McClure custom was advertised for sale on the Denver Craigslist. It was located in Denver, and listed as a "1949 Cad-Allard" race car, one out of 75 made. According to the seller it had been appraised 5 years ago for $72,000 as it sat, but he was open for offers. The center of the steering wheel read "McClure Dragonfly Cadillac"[4] Unlike the McClure Custom from Custom Cars Trend Book No. 101, the advertised one had a panorama windshield and a different grille opening. It could be another McClure custom, or it could have been restyled further at a later stage.

Please get in touch with us at mail@kustomrama.com if you have additional information or photos to share about Robert McClure's Custom.