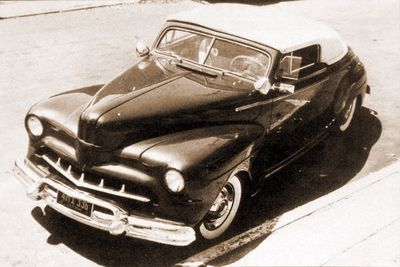 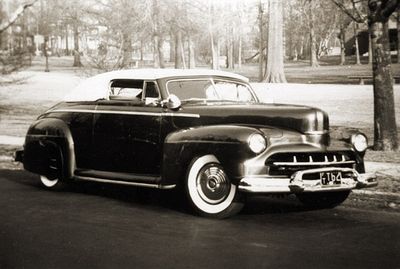 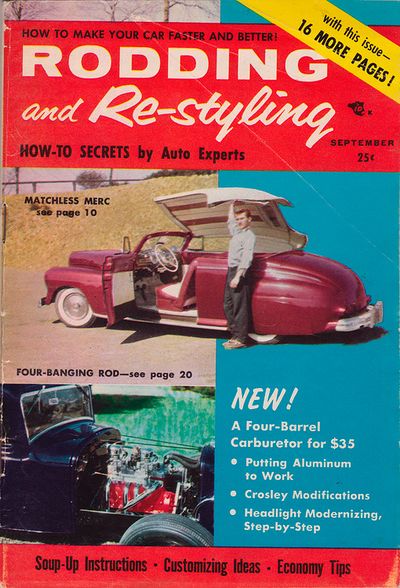 Tom's Mercury on the cover of Rodding and Re-styling September 1955. 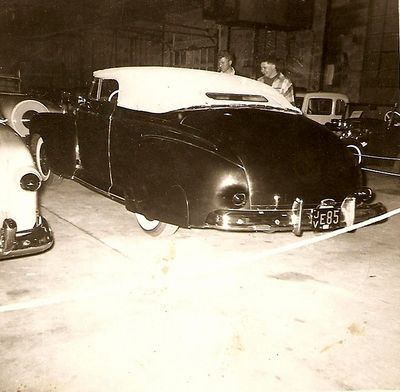 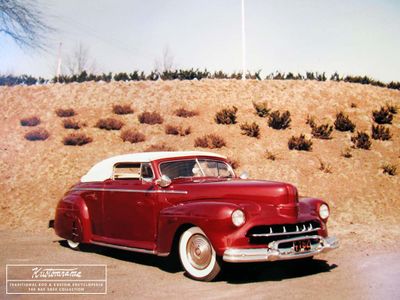 A photo of Tom's Mercury from the Ray Soff Collection. 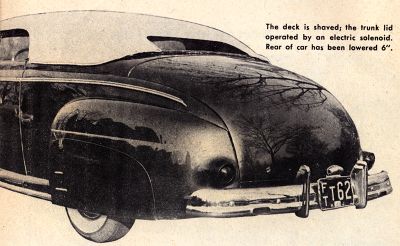 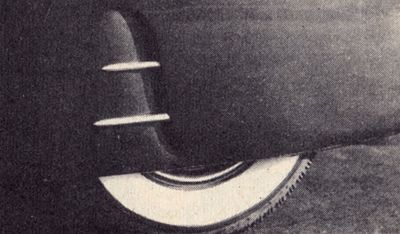 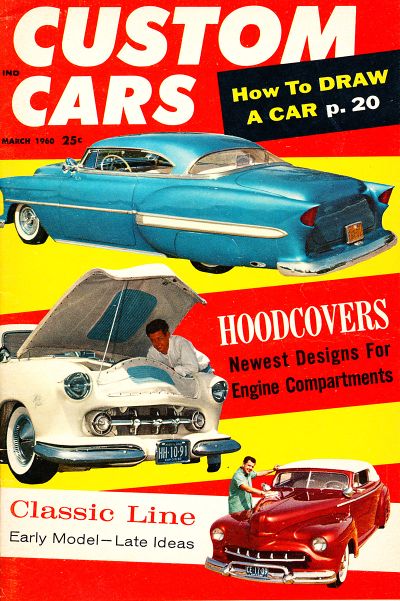 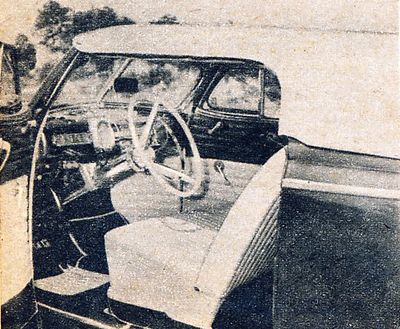 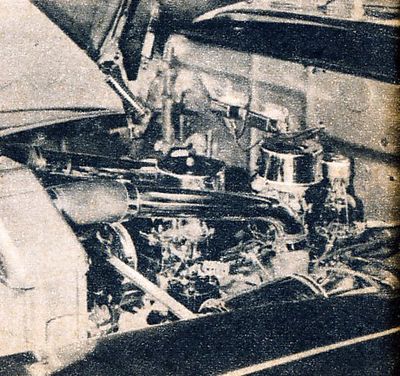 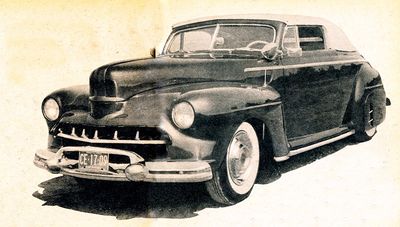 1948 Mercury owned and restyled by Tom Piantkoski of New Jersey. Tom was a body man at Highland Auto Body and one time owned a customized 1941 Mercury Convertible. He spent $1200 to customize the car and its main feature was a 4 1/2 inch chopped top which went up and down like a normal convertible top. During a pleasure trip to California in the early 1950's Tom was involved in a traffic accident in Zanesville, Ohio and his Mercury was totaled. Tom continued his trip by bus, and ended up in Los Angeles where he managed to get a job as an machinist. One day, on his way to work, he saw an uncompleted 1948 Mercury custom for sale. The asking price was $1100, so Tom bought it right away. The newly purchased Mercury had already been chopped 5 1/2 inches and was fit with a padded top by Carson Top Shop. The car was nosed and decked as well.[2]

Tom drove his newly acquired custom cross-country to his home in New Jersey and spent $1000 finishing the car. The body was channeled 6 inches. The side trim pieces on the hood were shortened, to give the car a speedboat-like appearance. The headlights were frenched and a new grille shell was hand-formed from 18-gauge steel. A center bar from a 1951 Kaiser were fit with grille teeth from a 1953 Mercury. A 1953 Kaiser bumper guard was modified and fit to the front bumper. Doors and deck lid were electrically operated by solenoids. The fender skirts featured hand-made scoops with 1952 Mercury trim inserted. A pair of 1953 Oldsmobile 98 taillights were fit to the hand-formed taillight housings. The body seams were filled. The exhaust was routed through the bumper to prevent damaging the exhaust when entering steep driveways. The car was lowered six inches in the aft by torching the springs and shackles and in front it was lowered three inches by reversing the shackles. The interior got rolled and pleated upholstery. All of the interior fittings were chrome-plated. The engine was pepped-up with Edelbrock heads, Iskenderian cam, and two Stromberg 97 carbs on a Navarro intake. Once the bodywork was completed, it was painted 24 coats of hand-rubbed lacquer, Buick Tahitian red was used as basic color with gold metallic added. Dual spotlights finished up the cross-country custom. By September 1955, it had entered two show and won two first prices. The Merc appeared on the cover of Rodding and Re-styling September 1955. By then Tom wanted to sell it in to build another car. A 1953 Ford was to be the starting point.[2]

Aaround 1960 Morris Carter bought the car at a show held in the DC National Guard Armory in Washington DC. According to Morris' nephew, Morris bought Merc from a guy in the Baltimore area. After buying it, Morris raised it up slightly because he felt it was too low to drive easily. Morris' nephew also thinks he put an Oldsmobile J-2 engine in it at some point. The last time Morris' nephew remembers seeing it was 1961 or 1962. Shortly thereafter it was burned in a gas station fire in Charlottesville, Virginia. After the fire it was sent to the junkyard.[4]

Please get in touch with us at mail@kustomrama.com if you have additional information or photos to share about Tom Piantkoski's 1948 Mercury.