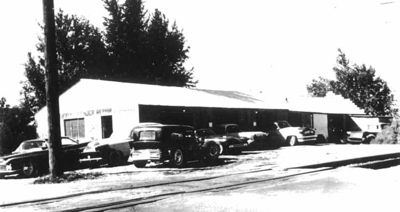 Bob Turgeon's 1957 Ford Thunderbird, "Le Perle", was restyled by Star Kustom Shop. The build was completed in 1959. It won the Sweepstakes and Top Custom Shop Achievement Awards at the NHRA National Championship Custom Car Show in Detroit. The win swept Darryl into national prominence and made him a definite figure to be reckoned with in future championship shows. 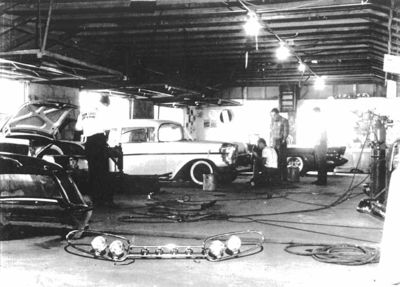 Star Kustom Shop around 1959. The nerf bar for Dave Stuckey's Lil' Coffin is laying on the floor. Photo by Dave Stuckey, provided by Carnut.com[1] 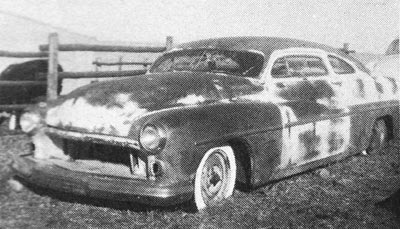 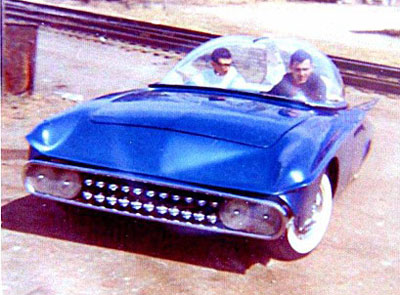 The Predicta was built at Star Kustom Shop. Completed in 1960, the Predicta won the "Car of the Future" award at the 1960 National Roadster Show in California, and it became the car that established Darryl Starbird as a respected custom and show car builder.

Ron Dubberstein's 1955 Chevrolet on the left. Photo by Dave Stuckey, provided by Carnut.com[1] 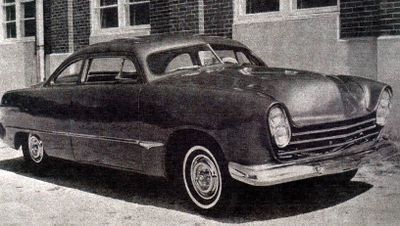 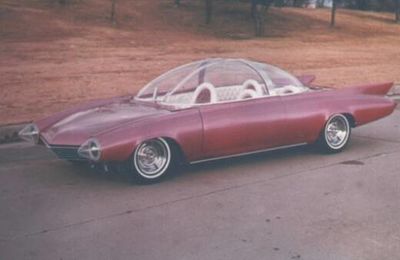 Ron Dubberstein's 1955 Chevrolet - The Exotica, of Winfield, Kansas, was built by Darryl Starbird of Star Kustom Shop in late 1959. 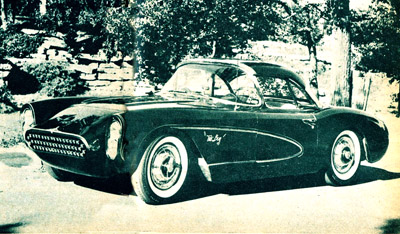 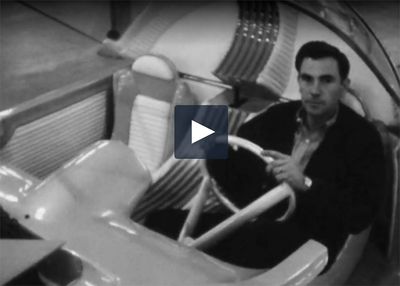 December 5, 1964 the WBAP-TV/NBC station in Fort Worth, Texas covered Darryl Starbird's 1964 Auto Capades Rod & Custom Show in Fort Worth. Darryl appeared with the Ultra Truck in the short footage. Click here to check it out at The Portal to Texas History. 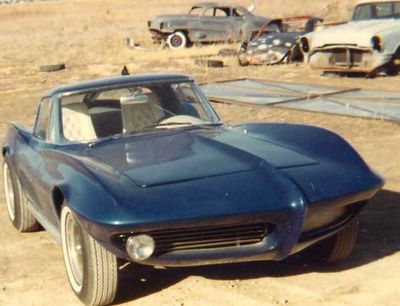 Ray Farhner's 1963 Chevrolet Corvette, known as Outer Limits, was restyled by Ray Farhner of Farhner Custom Shop in Kansas City, Missouri in 1963. Ron Ortner bought the car in the mid 1960s, and took it to Starbird for a Candy Blue paint job and a new upholstery. 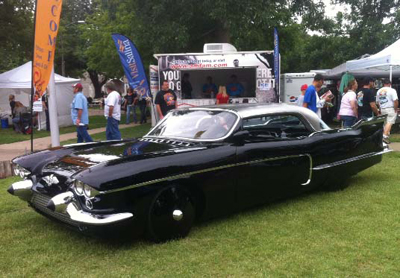 Darryl Starbird's 1957 Cadillac Eldorado Brougham, The Shark, was restyled by Darryl Starbird of Star Kustom Shop. The build was completed in 2013.

After trying his luck as a custom car builder in California around 1951, Darryl moved back home to Wichita again after several employment rejections. He went on to Wichita University where he was working on becoming an Aeronautical Engineer. The three and a half years spent there were shared with a night shift job at Boeing Aircraft's plant as a design draftsman in the engineering department.[2]

In 1954 Darryl decided to drop out of school and focus on his own shop. Star Kustom Shop was opened up at 734 E. Mt. Vernon in Wichita, Kansas. The building was a former chicken coupe with a dirt floor that sat really close to the railroad tracks. Darryl recalls one night rolling Jack Bell's 1951 Ford out in the dark, locking up and going home. When he returned the next morning a train had taken off the back end and totaled the in-progress custom. In the beginning, Star Kustom Shop did mainly nosing and decking for friends, and the income was supplemented with straight bodywork. Not having any actual shop experience, Darryl has admitted learning a great deal at his customer's expense.[2]

In three years Darryl would triple the size of the shop and put in cement floors. By this time he would quit Boeing, which he had been working third shift at, and devote all his time to building show cars. The first real show car to come out of Star Kustom Shop was Darryl's own 1947 Cadillac Sedanette. His next full custom was a 1955 Plymouth that he finished in late 1956. Both these were featured in Rod & Custom Magazine. After this many partial customs went through the doors at Star Kustom Shop. Trying to get a car from Kansas into the magazines was though. The magazines had a little budget, and most of them were located either on the West or East Coast. By chance, Darryl met Spencer Murray, the editor of Rod & Custom, at a car show in Manhattan, Kansas in 1956. Spence who was touring the Rod & Custom Dream Truck across the country, suggested that Darryl could start submitting local car features to the magazines. Darryl liked the idea, and understood the potential in this offer, so he went downtown and bought his first camera, a Rolliflex. After learning the basics of photography, Darryl started submitting monthly stories to magazines such as Car Craft, Rod & Custom and Cars. Over the years he submitted a lot of featured stories and how-to articles. The $200 a story, did also come in handy for Darryl who by now was the father of Debra and Cliff.[2]

In 1959 Bob Turgeon's 1957 Ford Thunderbird won the Sweepstakes and Top Custom Shop Achievement Awards at the NHRA National Championship Custom Car Show in Detroit. The win swept Darryl into national prominence and made him a definite figure to be reckoned with in future championship shows.

Darryl's first full-blown show car was the Predicta. The Predicta won virtually every award available, and established Darryl as a respected custom and show car builder. In 2017 Rob Morton told Kustomrama that Darryl would occasionally show up at the local Sandy's Drive-in hamburger joint with whatever car he had finished; "Everyone fell out when he rolled up in the bubble top Predicta."[3]

In 1962 Star Kustom Shop had evolved to a six stall building with a paint booth and two employees. The two employees were Dave Puhl and Dave McKee.

Star Kustom Shop would stay in business for a total of nine years. During that time, many second generation customizers would pass through its doors. The shop had a great influence on Bill Cushenberry, who was also a Wichita native. Cushenberry would later move to California and become Darry'ls closest competitor at the 1963 Tournament of Fame at the National Roadster Show with his Silhouette. Dave Puhl worked at Star Kustom Shop from 1960 - 1964. Puhl would later move to Chicago and start his own shop Trend Customs. Dave Stuckey was another guy that approached Darryl for a job. He wanted to work for free and learn the trade if Darryl would help him work on his 1932 Ford Sedan. With Darryl's help, Dave's sedan would evolve into the Lil' Coffin. Another known duo that used yo hang around the shop was Jerry Titus and his younger brother Elden. The brothers would spend most of their free time hanging around the shop, and when Jerry bought a 1951 Mercury he promptly took it to Star Kustom Shop for a top chop.[2]

Please get in touch with us at mail@kustomrama.com if you have additional information or photos to share about Star Kustom Shop.